Two years ago, we were alerted to a post on social media that caused some concern. Someone had a litter of one day old kittens, and was giving them away for free for people to hand rear. We were very worried for the kittens safety, so contacted the advertiser. He told us that his cat had a few litters in the past, and all the kittens had died because she abandoned them. We offered to help, on the understanding we would take the mother cat so she could rear her kittens. Whilst I am able to hand rear baby animals, it’s much better for mum to do this where possible.

We collected the cats and I fostered them. I set up a crate for Missy (the mother cat) to raise her babies, and I was a little nervous as I knew she had abandoned litters before. There is also an increased risk of mother’s abandoning litters when they are moved. Luckily, she took excellent care of the kittens and fed them as soon as she was settled. 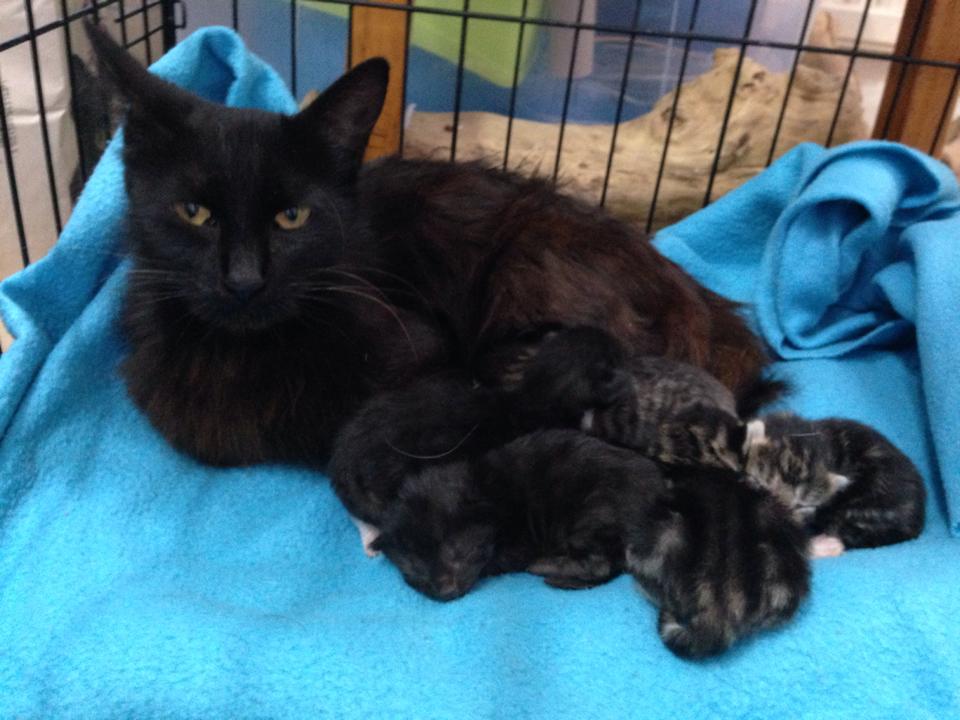 All the kittens looked different. Two looked more like their mum, and the others were tabby so must have taken after their dad. We had Missy, the mother who was a long haired black cat. Pirate Steve is the white and tabby, Clementine was the black kitten, Elsa was the tabby who was the runt (so called as she had a beautiful singing voice), Mr Whiskers is the tabby and Catrick Stewart is the black and white. Watching them grow and develop was an amazing experience. 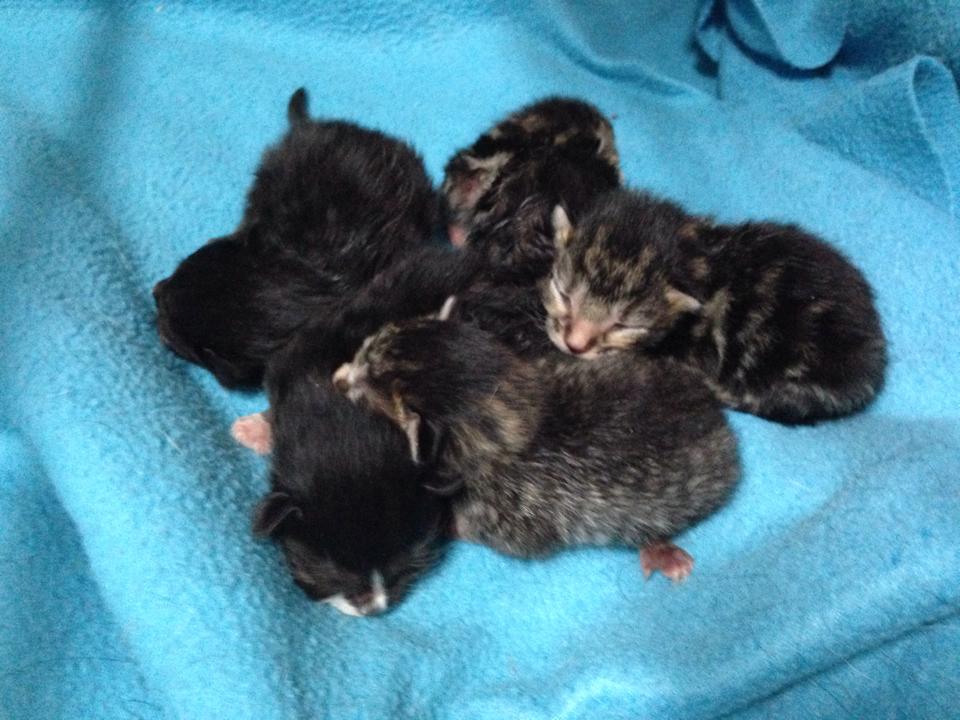 Here are the stages of kitten development;

Kittens are born blind and deaf and at this stage, eat, sleep and stay close to their mother who will massage their tummies which allows them to defecate and urinate. At this stage, they are unable to regulate their own body temperature, so rely on their mum and the other kittens to keep warm. They can make noise, and will mew to find their mother to feed. Kittens will share their mothers immunity when they have colostrum, which is the first milk the mother produces and should give them immunity until they can have their first vaccinations. 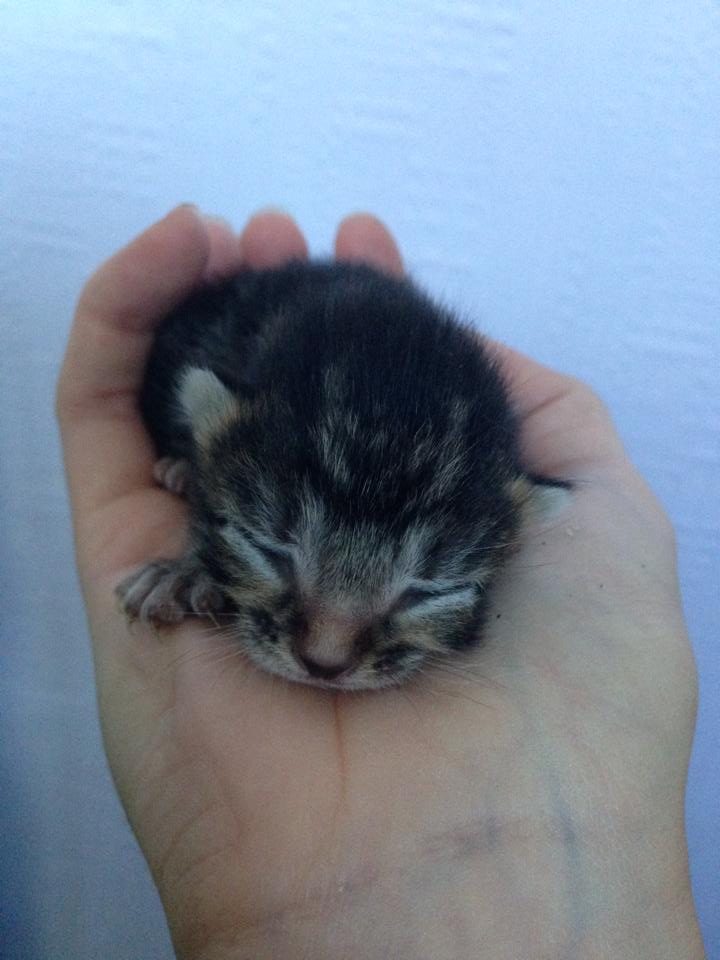 During this week, the kittens will start to open their eyes, although their vision will be very poor and bright lights should be avoided to protect their eyes. All kittens are born with blue eyes, but will change as they get older to a permanent colour. Their sense of smell is now developing too. 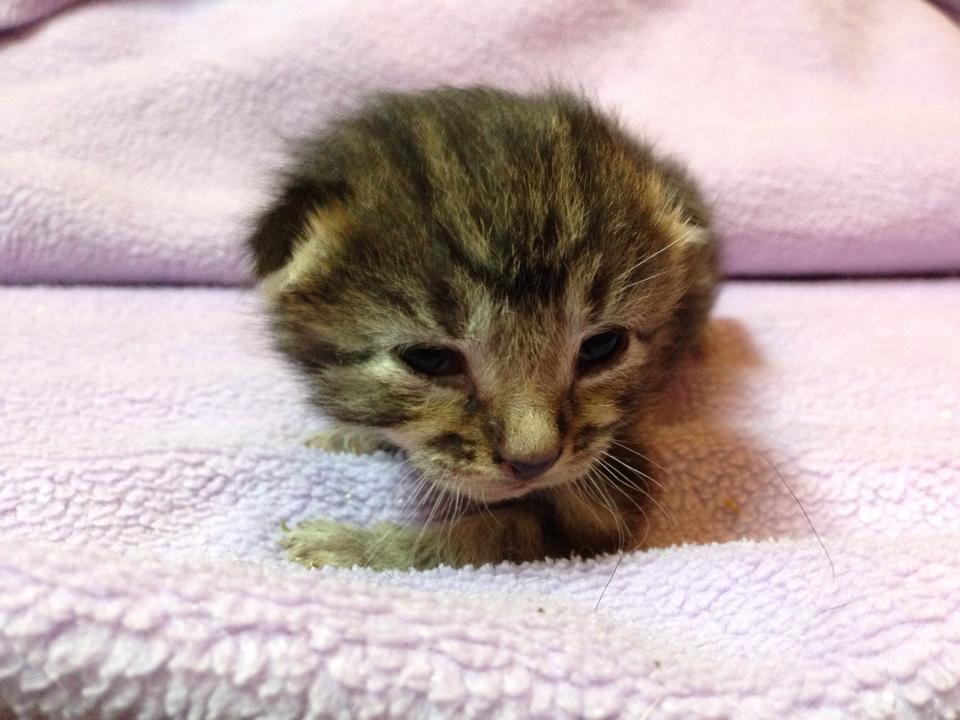 This is possibly my favourite stage, as it is when the kittens become more aware of their litter mates and take their first, wobbly steps and start to explore. Their sense of smell is now well developed, their ears are erect and their baby teeth start to show. Their purr will start to develop, and the mother no longer needs to massage their bellies, but will continue to groom them. 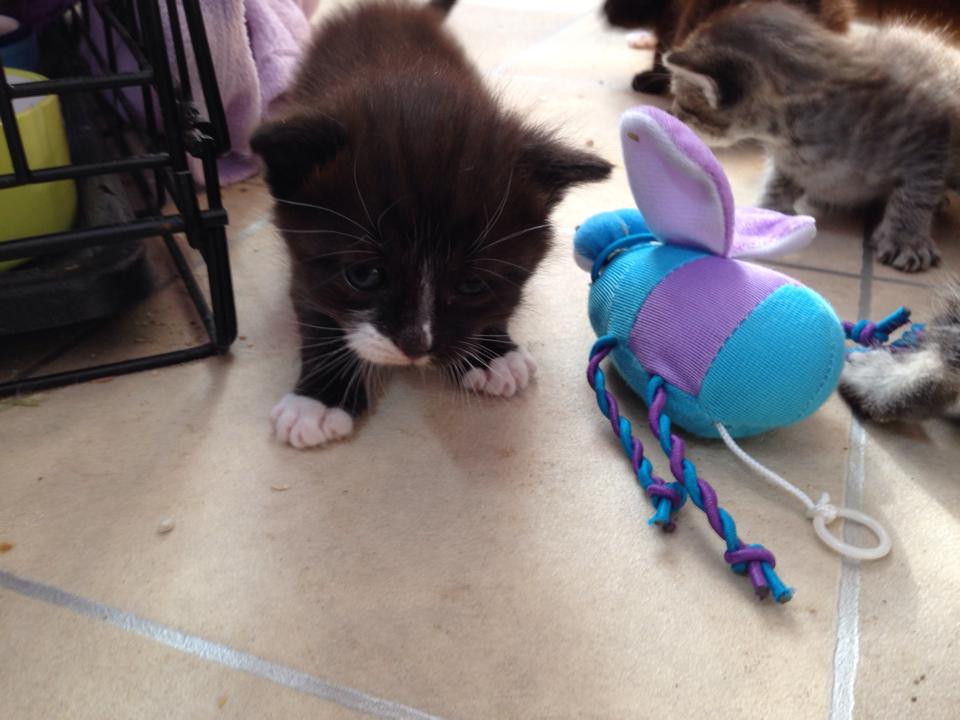 Now their sense of smell is fully developed.  They will become more adventurous, active and will interact with their litter mates. Although the mother will still groom them, they will begin to do this themselves now. The kittens will begin lapping water from a bowl.

Their eyesight is now fully developed and the weaning process can begin. They are able to pounce on their litter mates and will begin using the litter tray. 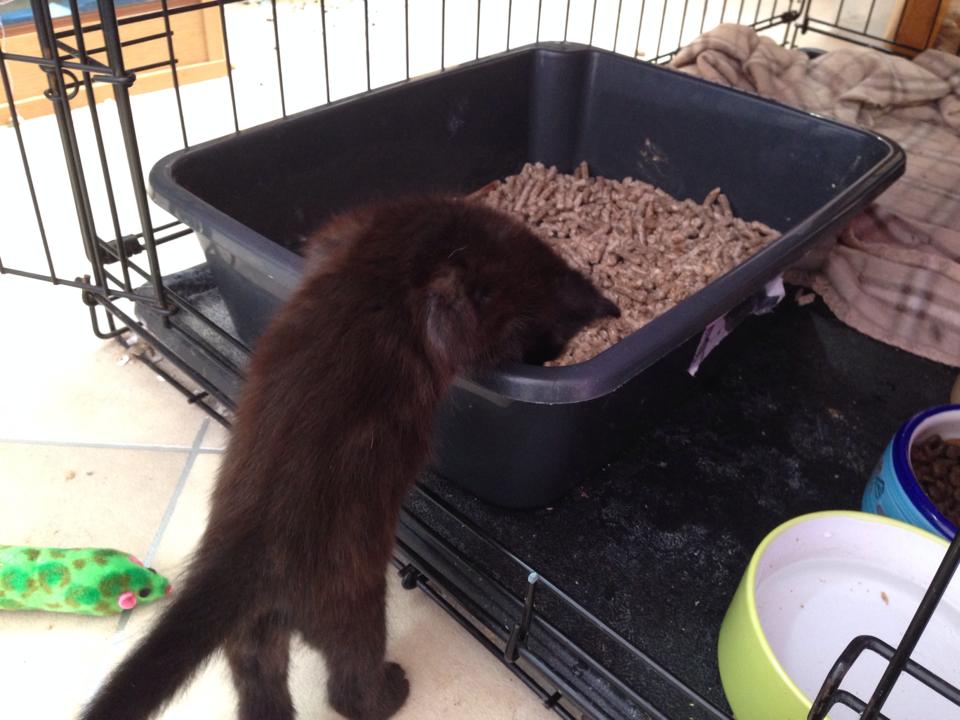 The mother will leave them on their own for longer periods and this is an important time to socialise the kittens with as many different things as possible, to get them used to things they will see throughout their lives. I introduced the kittens to my dogs and other animals, so from a young age they were used to other animals. It’s also a good idea to get them used to being touched, played with and fed by other people to familiarise them with a range of different scenarios. 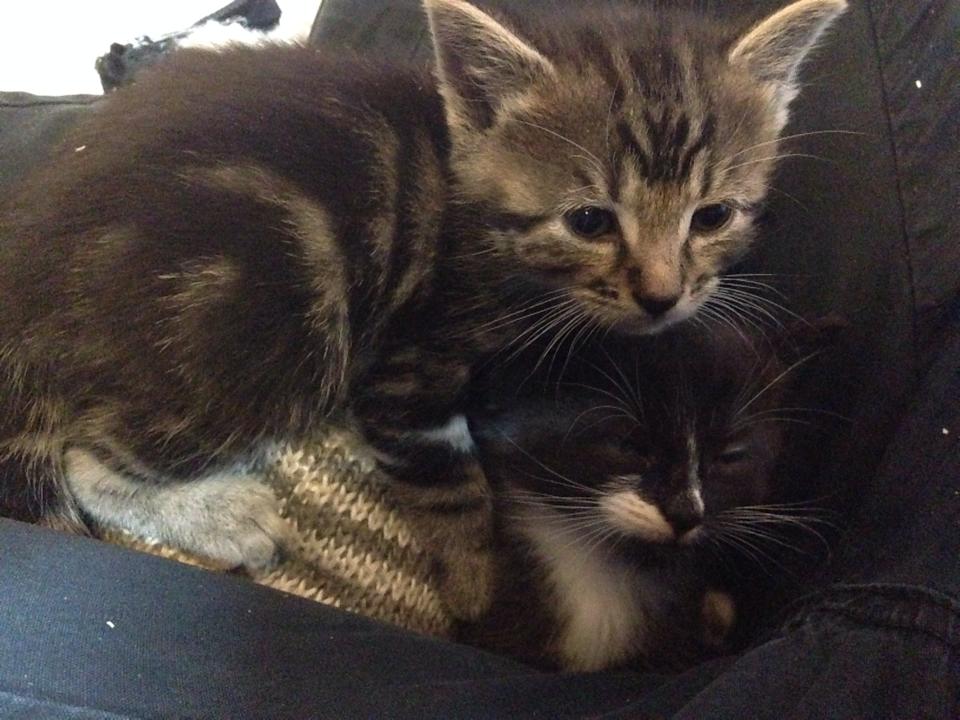 Luckily, Missy didn’t mind me touching her kittens, however, if she did appear distressed I wouldn’t have forced it. From the time they arrived, I was drawn to one of the kittens and fell in love with a little tabby who I named Mr Whiskers. I already knew I had failed as a foster carer at this stage as he would be staying. I like my animals to have company of their own kind, where possible, so we also decided to keep his brother, Catrick Stewart. Partly because he was adorable (and still is) and also because black cats are harder to rehome. The boys loved to play with each other, and still do. They also cuddle up (on rare occasions). Although they all had the same upbringing, the boys couldn’t be more different, not only in looks, but personality too. Mr Whiskers loves all humans and will often ‘help’ me when I have people over adopting animals. He loves attention and being with me all the time. Catrick won’t ever approach a stranger and prefers to do his own thing. Our garden has cat proof fencing, so they can play in the safety of my garden, and Catrick loves being outside in all weathers. 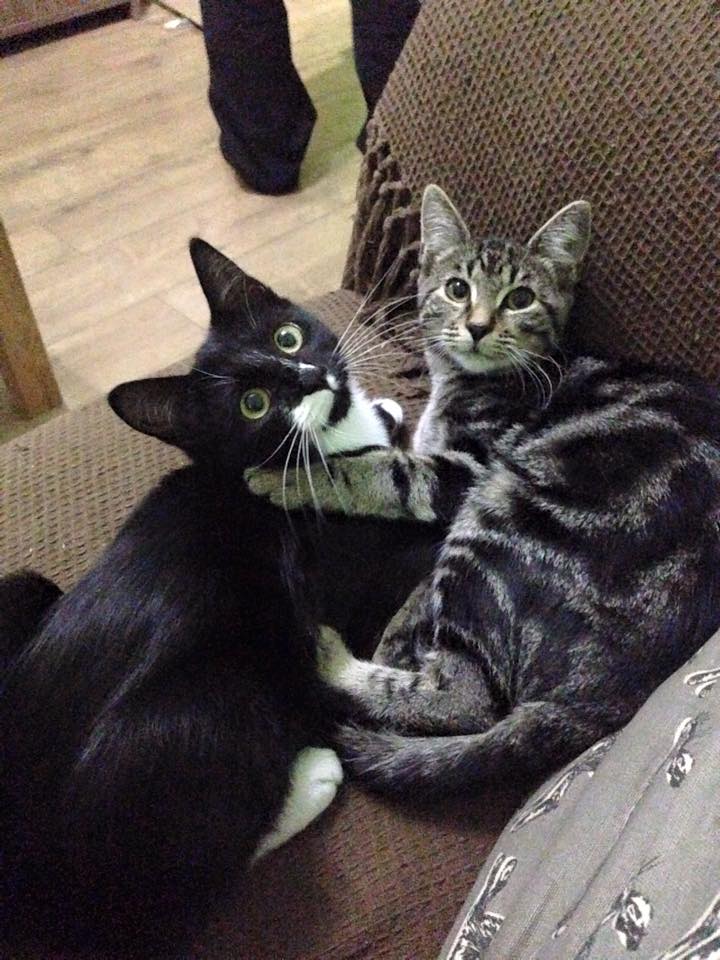 I like old kitties too! Read about some of them here.