I love all animals, but whereas most people go gooey over puppies and kittens, I cannot resist an old animal (although I do love puppies and kittens too!). Taking on elderly animals isn’t easy as most of them have spent their whole life with one person, and now find themselves in an unfamiliar place and they do find it harder to adjust than the younger animals. It makes things more difficult when they have medical conditions, and most will have some degree of senility which can be difficult enough to deal with when you have had the animal for a long time and it develops, but it’s even harder when that animal is out of their comfort zone.

I have taken in many old animals over the years. In fact, my very first dog was middle aged and helping them is just something I am drawn to.  My first ‘failed foster dog’ was a little elderly Jack Russell called Sally. She was found straying and ended up in a pound, and the first photo I saw of her in the pound still breaks my heart to this day. I didn’t intend to keep her when I took her in, but she wiggled into my heart and even though I only had her just short of a year, I loved that dog so much that I decided to open my heart and my home as a retirement home for any elderly animals who could not be rehomed. 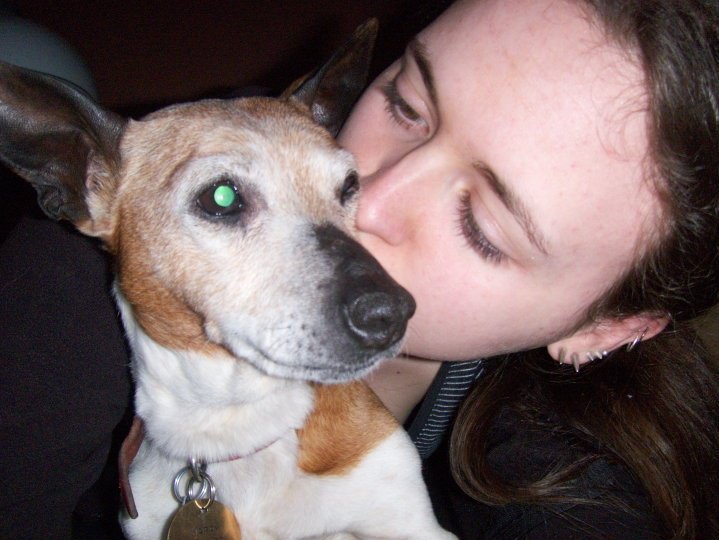 Sometimes we do get elderly animals in to the rescue who can be rehomed. They may be old, but do not need too much medication and it is possible they could have a few years left. I prefer to keep the ones who need that bit extra care, as I don’t feel it is fair on them to allow them to settle here and then be moved again. We do offer lifetime backup for all animals that are adopted from us, and we will always stand by this, however, when they are very old, taking them from their original home, moving them to mine, then to a  home, and then there is the possibility the home will not work out and they will have to come back to me is very unsettling for them.

I have spent many nights sitting up and comforting elderly dogs. Their whole world has been turned upside down and they don’t know where they are, who I am, and what is going on. All of them take different lengths of time to settle, whilst some have severe senility and never fully settle. I am very anti euthanasia, unless of course, the animal is suffering and my vet cannot help give that animal a good quality of life.

Probably the most challenging senior I had was Phoebe, an 18 year old Collie x. She had been found straying, and was claimed, but was then found wandering the streets again but this time, the owners didn’t want her back. She had a few issues. The first was the obvious failing eyesight and senility as she got very confused. Phoebe had what we called ‘night terrors’ and would cry and pace at night, even though she could settle in the day. I used to sit up with her to try and calm her down and found leaving a nightlight on for her helped. She was also very incontinent, and the medication we had only took the edge off. Although she wasn’t an easy dog, I couldn’t have loved her any more. She had a lot of trouble with her back legs, and I took her to the vet several times for various medication, which did help. Sadly, her back end deteriorated so severely, so couldn’t stand and one day, she collapsed in a heap. She was on the highest dose of painkillers possible, but she was still in a lot of pain, so I made the very sad decision to let her go. 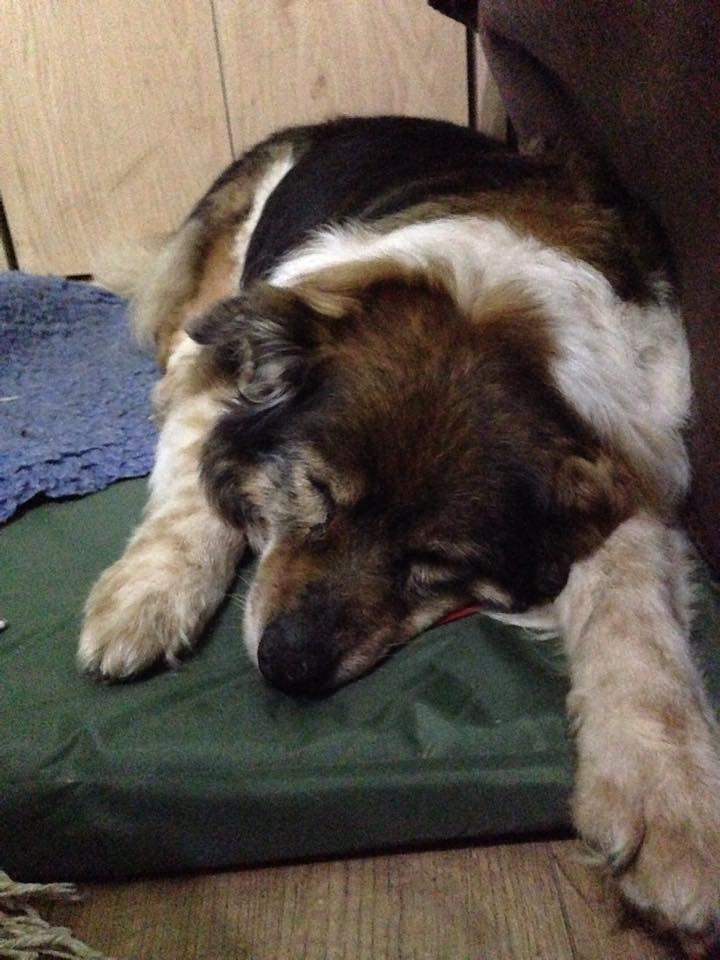 Another tricky oldie I had was Nigel, a Jack Russell cross. He was found on someone’s doorstep and his owners couldn’t be traced. He took a very long time to settle at mine due to being senile, and although I tried him on various medications, nothing really helped. He started showing signs of aggression, and my vet said he probably had a brain tumour. I wasn’t going to have him put down if he still had some quality of life, and my vet confirmed he wasn’t in any pain at that point, so I just learnt to manage him and he was happy in his own little world. Nigel’s age eventually caught up with him, and I did have to let him go. 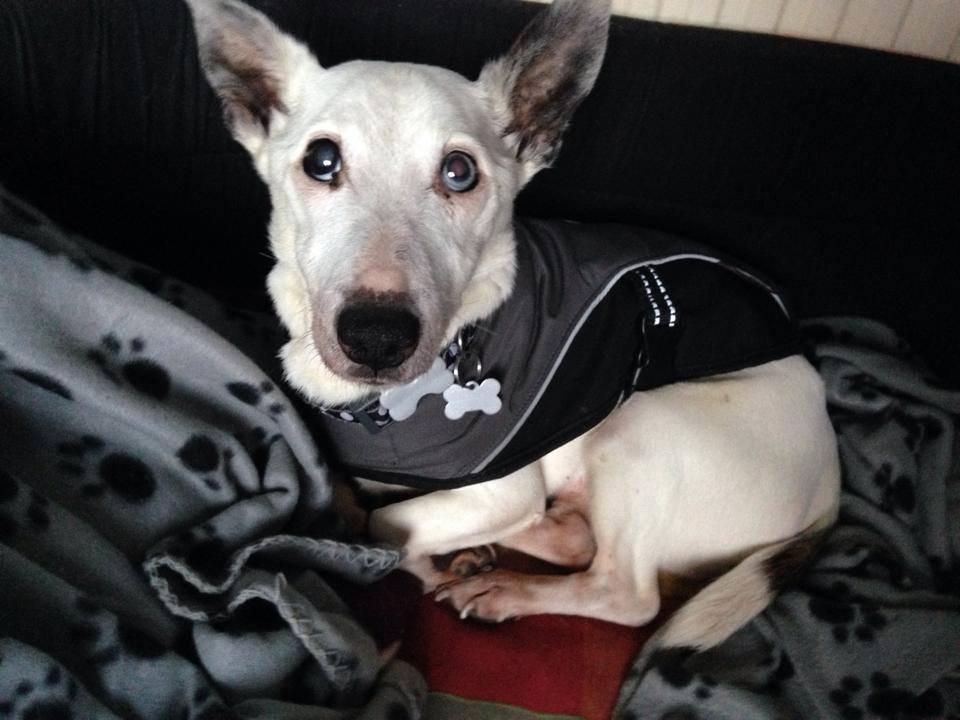 One very special elderly dog was Poppet who was a little Jack Russell. She was found straying and was extremely thin and weak and had some very large mammary tumours that were ulcerated and bleeding. She went straight to our vets to have these removed, as we feel that all animals deserve a chance and if she did die on the operating table, at least she died trying. Luckily, she pulled through and was another little dog I couldn’t part with. We had a really strong bond and she would follow me everywhere, waggling her stump with joy. Poppet did the best ‘food dance’ at dinner time, and was always up for a cuddle. I can never get my head around how people can be so cruel and just dump these animals, but I do feel she landed on her feet with me. I only had her a short time, as she started becoming lethargic, so I took her to the vet. I was honestly expecting the vet to say she had a chest infection, but after taking x-rays, it showed that cancer had spread to her lungs and they were filled with tumours. I was in absolute shock and had to let her go the same day as she was suffering. 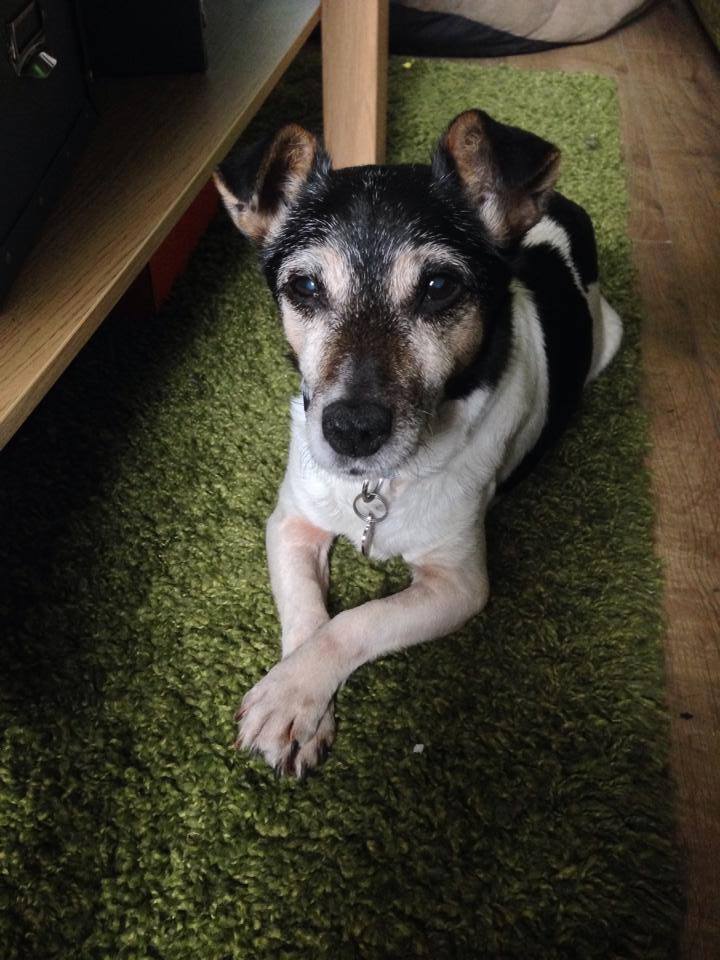 It’s not only old dogs that I help, it’s old cats too. Polly was only with me for a week, but I cried just as much for her than any of the others. She was found straying and handed to our vets. She was microchipped, and so they rang the owners to tell them she was there, but they said they hadn’t seen her in years and didn’t want her back, so our vets asked if we could help. Of course, I couldn’t say no and took her home. She was such a little chatterbox, and followed me around all the time, telling me about her day. She loved the other animals, and settled in so well, it was like she had always been here. Sadly, a week after finding each other, Polly collapsed and I rushed her to the vets, but sadly there wasn’t anything they could do to save her. 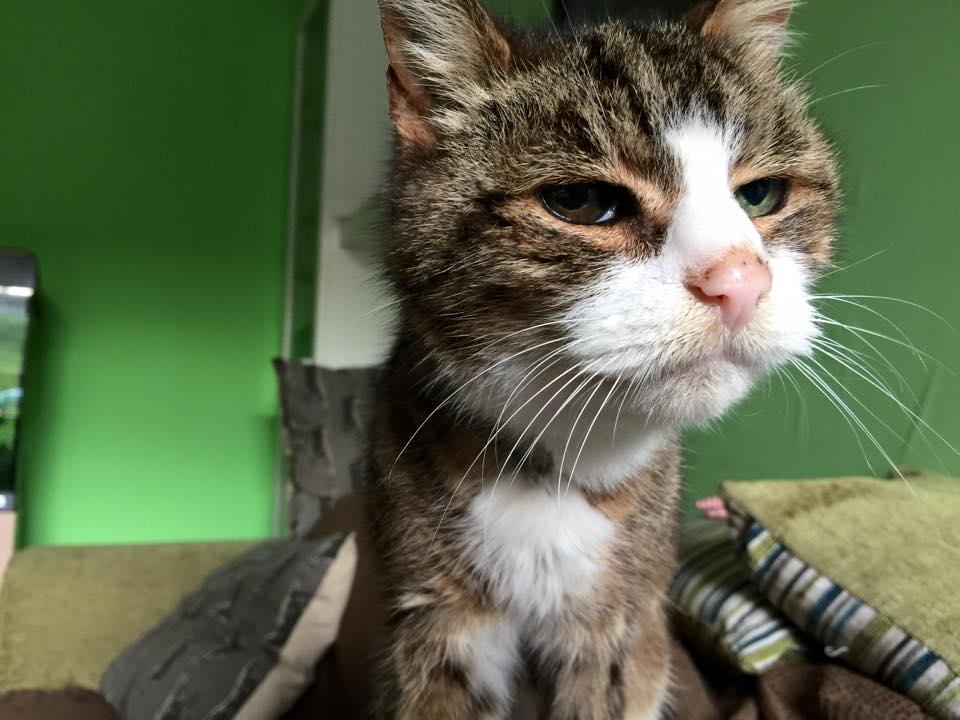 Another little kitty who stole my heart was Firefox who was a 4-year-old Maine Coon. She had been suffering due to heart issues, and her previous owner, who adored her was medicating her and she was doing well. Sadly, her owner passed away, and Firefox was left in the owners flat for two months, with just someone popping in to feed her. Unfortunately, they did not do her medication which meant her condition worsened quite significantly. Because of her heart issue, the family had trouble finding a rescue who would take her, however, we decided to take her in and she travelled all the way from Birmingham to Surrey to find safety. As well as her a heart murmur and congestive heart failure, she also had a few issues with her blood and bone marrow. All of this means that she had an auto-immune deficiency problem, so her body overreacted to normal things. This was kept under control with steroids. They suppress the body over-reacting and causing her problems

Even though she had a huge amount of problems going on in her system, she continued to be a very affectionate cat who loved her chin rubs and enjoyed exploring the house and garden.  Sadly, I noticed a lesion on her back leg, which appeared quickly and caused swelling in her foot. I took her straight to the vet, where it was confirmed that it was a cancerous lump. At this point, we weren’t sure if it was bone cancer, or if cancer had spread elsewhere in her body. The vet gave the option of having her put to sleep, or to investigate if cancer had spread. Every life is precious and deserves a chance. Firefox was left at the vets to go on a drip overnight to support her system during her operation and to have x-rays. The first x-ray was done on her leg, which showed it was a Soft Tissue Carcinoma, which means it wasn’t bone cancer. The second x-ray was taken her chest to check that cancer had not spread to her lungs, which came back as clear. This allowed the go-ahead for the vet to remove her leg to get rid of all cancer. She stayed at the surgery the following day to be monitored and was able to come home a few days later. Firefox did so well on three legs and managed to walk around, use her litter box and even use her scratching post!  Sadly, cancer eventually spread to her internal organs and I had to let her go. 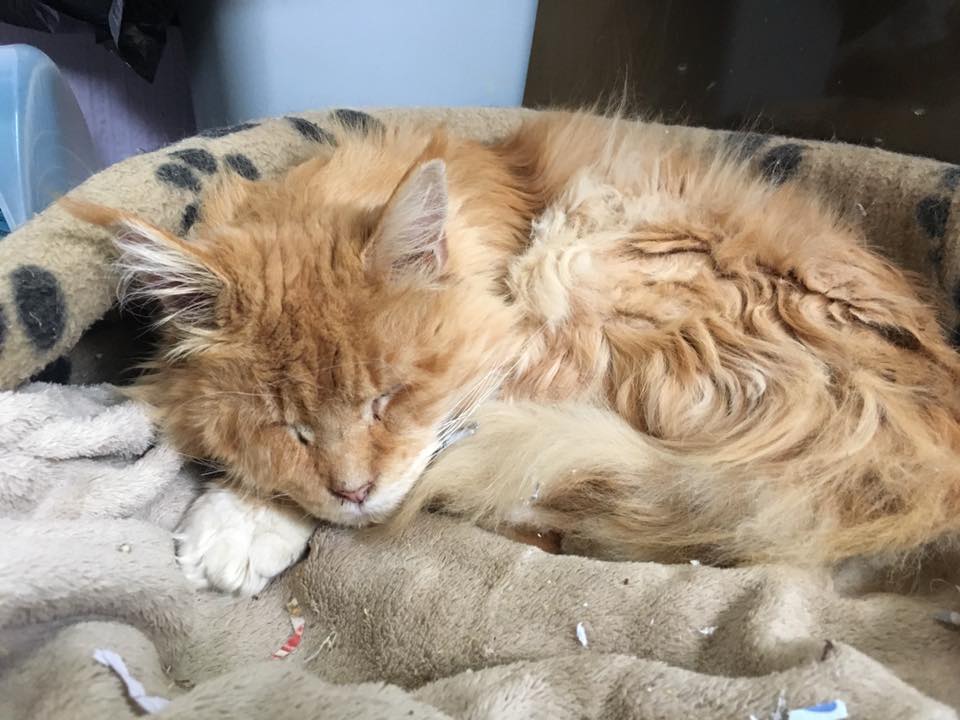 Even though I take in a lot of elderly and terminal animals, it doesn’t mean it doesn’t hurt as much when they go. It’s not the amount of time you have an animal, the love and bond you share with them is what matters. I will always take in these old animals for as long as I am able. I will give them safety, love and vet treatment until the time comes where they have to leave and I will stay with them right to the end. It doesn’t get any easier saying goodbye and I don’t get used to it. It hurts like hell every single time, but all the time these old animals are left discarded, I will be doing all I can to make sure I give them the best retirement home they deserve. I love all my oldies, and I have fond memories of every single one, no matter how brief our time was together.