I have kept African Pygmy Hedgehogs (APH’s) for a number of years now. Each one has been a rescue, and people are often fascinated by these creatures. I regularly get asked if they make good pets, so I thought I would share the most common questions I get asked on them.

Hedgehogs are wild. Why are you keeping them?

It’s true. Here in England, we do have a species of wild hedgehog called the European hedgehog (Erinaceus europaeus). The African Pygmy Hedgehog is very different to the European Hedgehog and is believed to be a hybrid of the Algerian (Atelerix algirus) and Four Toed Hedgehog (Atelerix albiventris). They originate primarily from Nigeria and the African continent, where they were brought over and quickly became popular pets, with breeding pairs selling for thousands of pounds on the exotic pet market in the 90’s.  An exotic animal exporter, Richard Stubbs was approached by local men from Kano in 1991, who were selling hedgehogs, claiming they were overpopulating the area. Stubbs purchased 2,000 of the hedgehogs for 50 cents each and shipped them to New York. Although not pygmy, they were called Afican Pygmy Hedgehogs and became very popular. Word spread about these creatures and in 1993, due to demand becoming so high, Stubbs found it more difficult to source hedgehogs in Kano, so looked further a field in Nigeria, Niger and Benin. Approximately 80,000 hedgehogs were imported into the USA, by Stubbs and other exotic animal importers and these hedgehogs make up the base population of hedgehogs we see today. In 1994, the exportation of hedgehogs stopped when the US Department of Agriculture enforced a 90 day quarantine period on all animals who were imported from countries that had the foot and mouth disease, which included African countries making it hard to import new hedgehogs.

Whilst it is illegal to keep a wild hedgehog, it isn’t illegal in England to keep African Pygmy Hedgehogs. 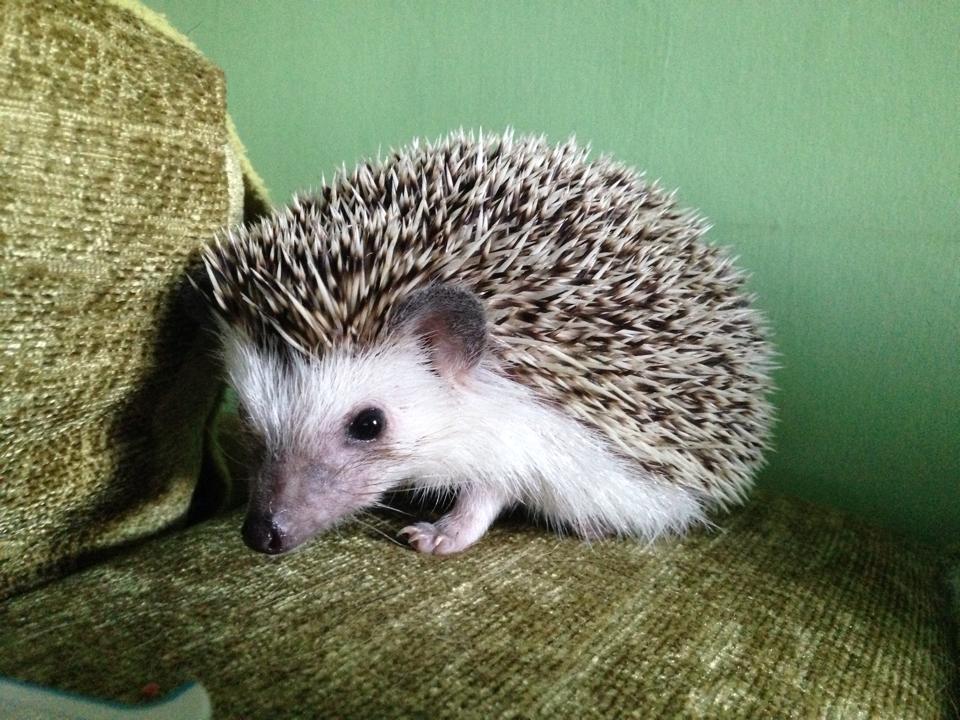 How do you keep them?

Although smaller than European Hedgehogs, African Pygmy Hedgehogs need a lot of room, and they also need to be kept warm. I have kept my APH’s in vivariums and zoozones, but I prefer the vivarium set up as it offers more room. They are solitary animals, so should not be kept together and spend a lot of time walking around their home. In the vivarium, I use fleece on the floor, and they have a bed to sleep in, as well as a wheel, which is placed in a shallow kitten litter tray.  The reason for this is APH’s like to run on their wheel and poop, so it makes it easier to keep them clean. I put puppy pads in the litter tray to soak up any mess. The right wheel is very important and bucket type wheels are bset. Go for a solid one, without holes in as little legs can get stuck and cause injury.

They are an exotic animal, and therefore require heat. I use ceramic heat emitters (CHE) attached to a thermostat to keep them around 75 degrees. The heat source is attached at one end to allow a heat gradient, which means my APH can warm up by going closer to the heater, or cool down by going to the other end of the vivarium. CHE do not emit light, which means they can be left on all the time and won’t disturb your hog.

They do enjoy enrichment too, and most of mine like tunnels to run through and I also give them cat toys, such as balls with bells in, to keep their minds active as they are adventurous and curious. A wheel is a must as in the wild, they can walk up to 5 miles a night! 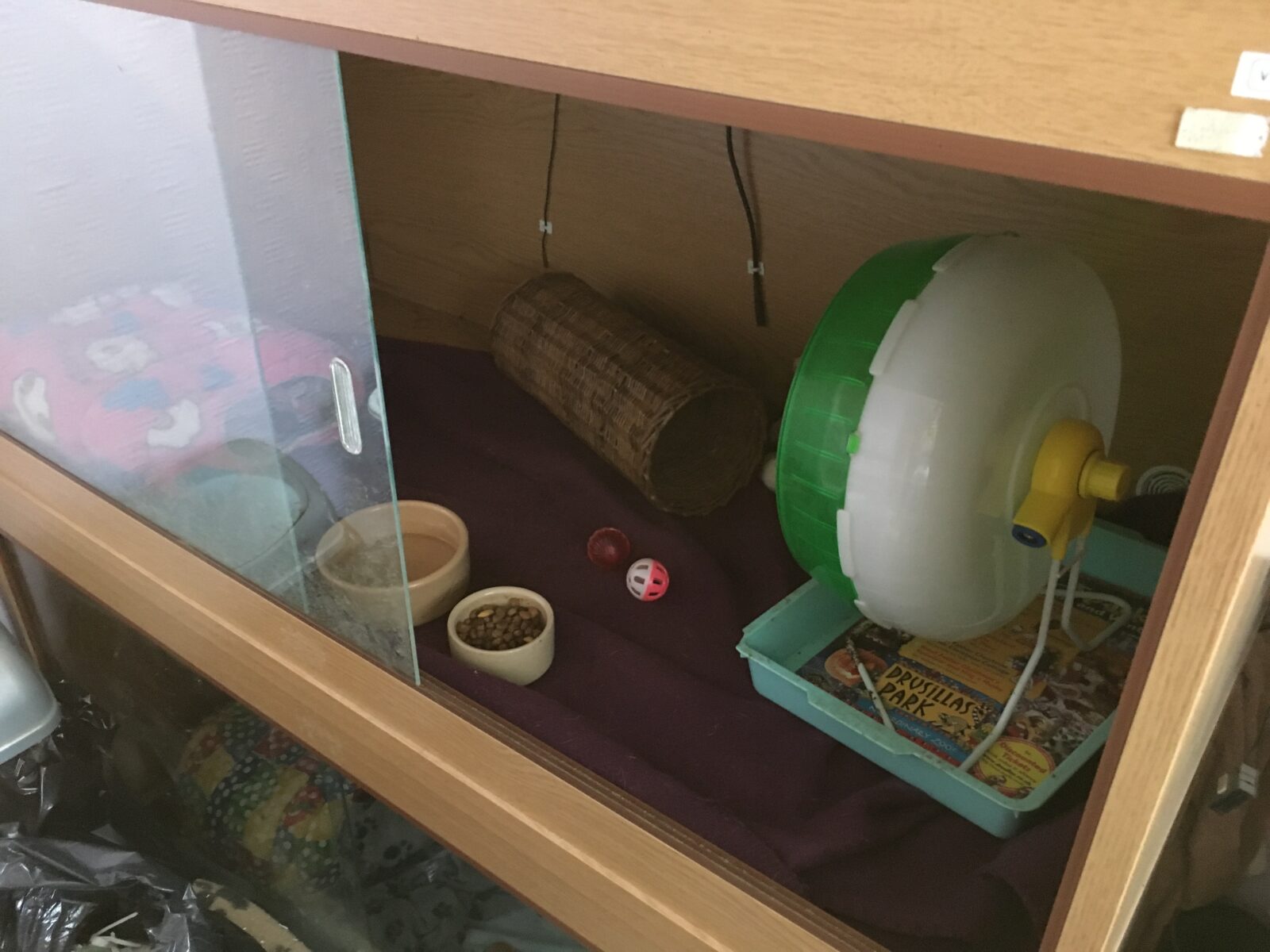 What do they eat?

I feed my APH’s a mix of different cat biscuits and mealworms. For the cat biscuits, a high quality one is best, and avoid all fish flavours as these are bad for hogs.  Live crickets and locust are also popular with hogs, but don’t leave uneaten live food in their cage as there have been reports of crickets nibbling at hogs.

They are prone to obesity, so it’s important to make sure they don’t eat too much, and exercise as much as possible. 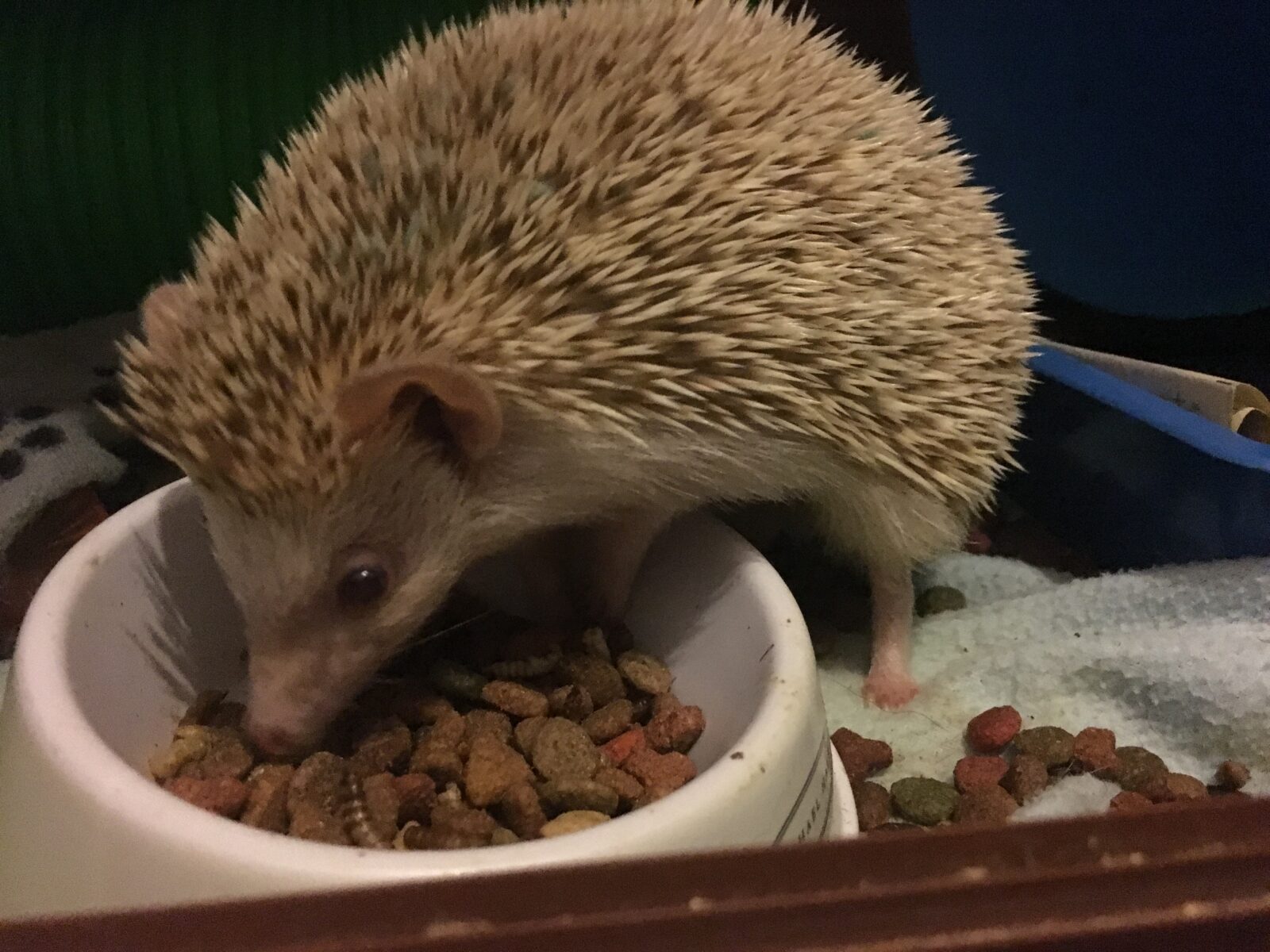 I do find APH’s poop does smell pretty bad, and their cage will smell if you don’t keep on top of cleaning. They are messy little critters and like to poop on their wheel which makes a mess. Their wheels need cleaning daily, and often, so does the APH as they get poop stuck on their feet and quills.

APH’s are nocturnal, so running on the wheel and scuffling around their cage is noisy. I kept my first APH, Dexter in my room and he would keep me awake with his nighttime antics. My APH’s are currently kept in another room in the house at night, which means I don’t hear them with my bedroom door shut.

Are they cheap to keep?

Vivariums are not cheap, neither is the heating equipment which is vital for them. There is also a high chance your APH will have to see a vet at least once in it’s life, and you will have to take them to an exotics vet which is expensive. A lot of vets, even exotics vets will not treat APH’s as they are so specialised, so it’s important to find a good vet before you decide to get one. They are prone to cancer, mites and Wobble Head Syndrome (WHS) which is a genetic disorder which causes progressive paralysis. Sadly, there isn’t a cure and the hedgehog will slowly get worse and will then become completely paralyzed. 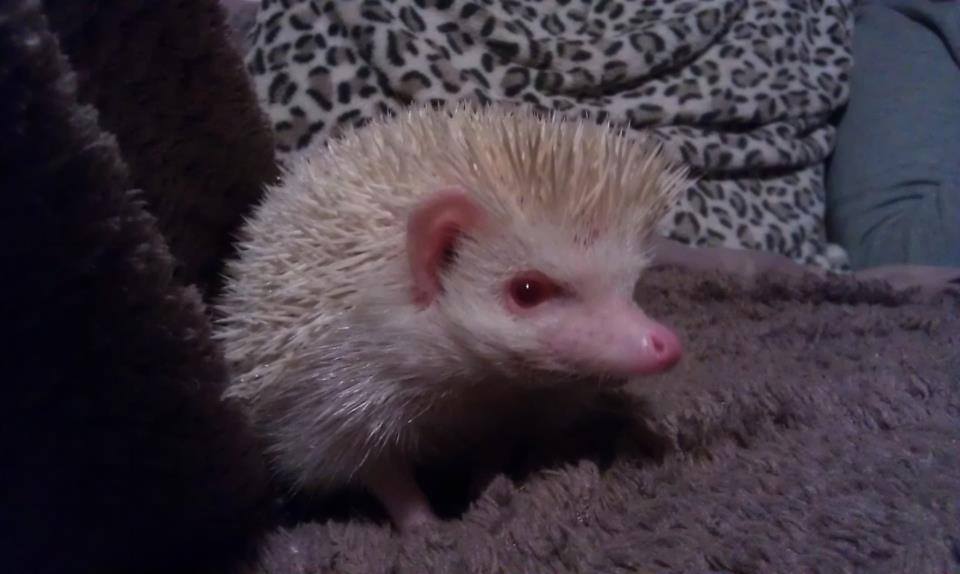 How long do they live?

They usually live around 3-6 years.

Some don’t mind being handled, others don’t. If you want a tame APH, you need to handle them regularly to get them used to you. A happy hog will put it’s quills down so you won’t get spiked, but unsocialised hogs will puff up their quills and hiss and huff at you. They are very delicate and need to be handled carefully. One of my APH’s, Arnold Schwartzenhogger came to me because his previous owners couldn’t hold him. Whilst he is a lot better now, he prefers to do his own thing, so I don’t force anything with him. 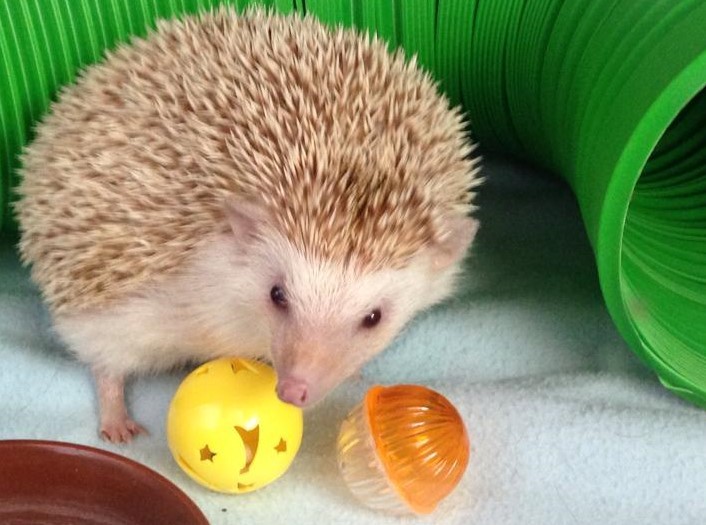 Why are they foaming at the mouth?

A strange behaviour APH’s do is something called anointing. It can be a shock to new owners as they foam at the mouth and flip their heads round, but it’s completely normal. APH’s will anoint when they encounter a particular smell which could be your perfume, a new disinfectant or food. No one is entirely sure why they do this, but it could be a defensive mechanism against predators.

Where do you get them from?

There are African Pygmy Hedgehog Rescues, and some exotic rescues will also adopt out homeless hogs. The other option is to go to a breeder – make sure you do your research and look for a breeder who is knowledage about hogs and who breed for good health and temprament.

In conclusion, I love these little creatures, however, they aren’t for everyone. If you do decide to adopt or buy one, do a lot of research before committing to them as there is a lot to learn.

If you like reading about unusual pets, be sure to meet Gremlin, the pacman frog.