Nacho came into my life about 5 years ago, and he was an unexpected arrival. We used to take dogs from Ireland and had another dog booked to come into foster with me, but as the van arrived, the pound asked if we could take this little boy too and we agreed. Nacho hadn’t had the best start in life. He originally belonged to a vet and his girlfriend, who used to leave him on his own for about 12 hours a day! Unsurprisingly, Nacho toileted in the house and because of this, they took him to the pound.

Nacho was originality called Chase, but I decided to change his name as I didn’t feel Chase suited him. He definitely has Chihuahua in him, but he is mixed with something else – possibly Jack Russell or Dachshund. He has always got along brilliantly with the other dogs, but in particular with Tommy. At the time, I had only recently adopted Tommy, but the bond between the boys was so strong, and I really fell in love with this little boy, I decided to keep him. It wasn’t always easy with Nacho. He struggled to be left for any amount of time, he couldn’t even cope if I was in another room and panicked. We took things really slow, and over time, Nacho learnt that being left wasn’t the end of the world, and he can now be left for a few hours without a fuss. Luckily for Nacho, as I work from home, he isn’t left for long often.

He is a ball of fun, and a really happy little boy. He loves to play with anyone, and enjoys a game of fetch. He does have a collapsed trachea and laryngeal paralysis, which means he makes ‘honking’ noises when he’s really excited, but apart from a strange noise, it doesn’t affect him health wise. Tommy has his own facebook page, and even though Tommy likes to be the star, Nacho has gained a few fans and people fall in love with his little smile. When he first arrived, he was very licky and showered everyone in kisses. We have tried hard to try and get him to calm down with this, whilst he is much better, he still forgets himself when his best-loved people are around. He is really hard to get a good photo of, because whenever he see’s the camera he tries to lick it! 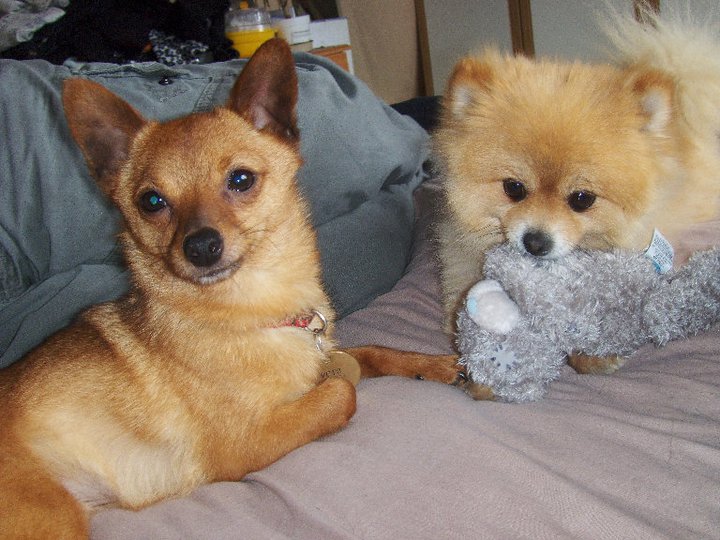 One of his favourite things to do is to go on a walk, although he doesn’t really walk, but run at top speed! Luckily he has excellent recall and doesn’t stray too far from me. He gets very excited in the car to the woods, and often cannot contain his excitement so has a little bark. He also enjoys gutting stuffed toys, so I have to make sure Tommy’s precious teddies stay out of his path or it will look like it has snowed indoors. We do give him his own teddies to rip up as he has so much fun doing it, but I think Tommy would be upset if he came back to find his precious toys dismantled. He also gets on well with my other dogs, Eric and Princess and enjoys cleaning them. I am not sure if Eric likes this, but he lets his little brother do it anyway.  He sometimes try to clean the cats ears and they aren’t too impressed! 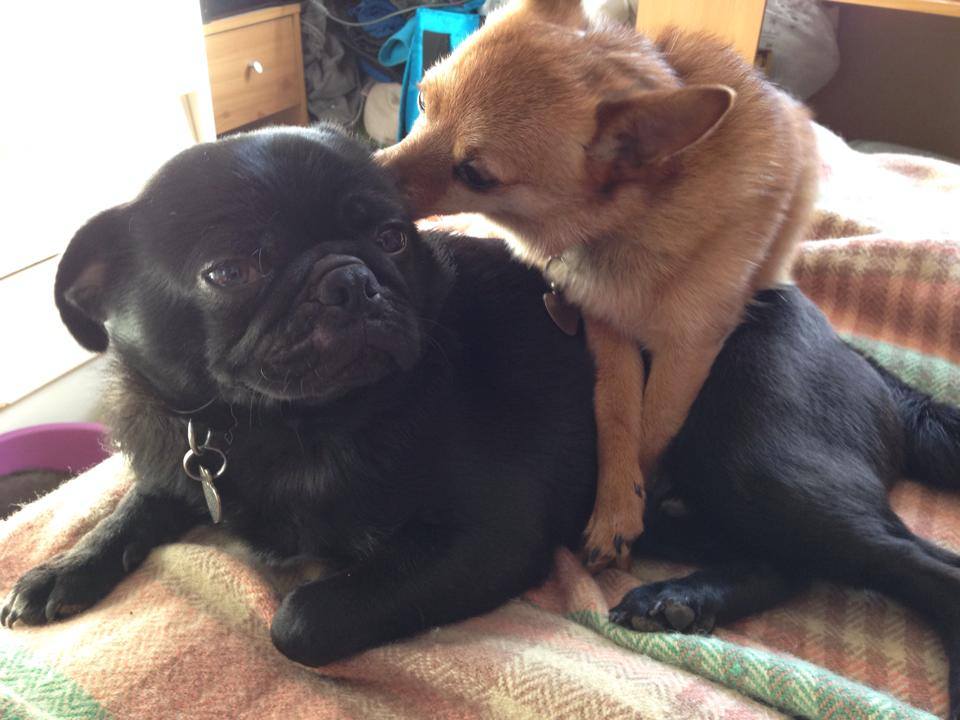 His least favourite thing is bath time, and since he finds fox poo irresistible to roll in, he has more baths than the others. 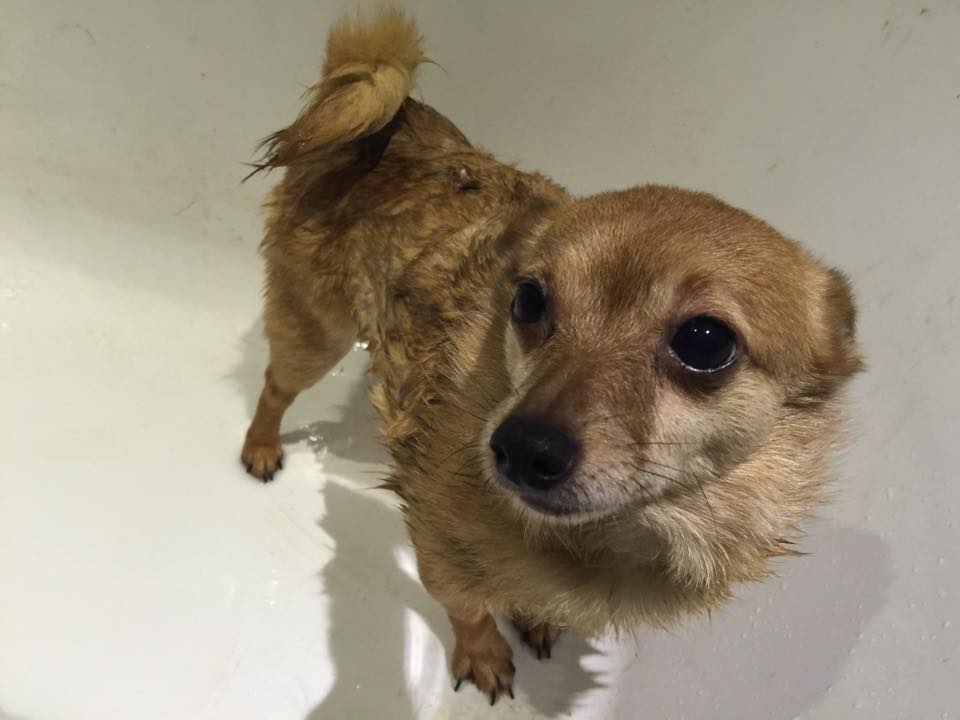 It’s hard for me to remember a time without Nacho, and I have gone through photos to put in this blog and it’s strange to see how he has changed. He was quite slim when he arrived, but now he has ‘bulked out’ and has quite a few grey hairs which make him look distinguished! Nacho welcomes new dogs and cats into our home with a wagging tail and tries to make friends with them all, even if they aren’t too sure of him. I am guessing he lived with cats in the past as he is fantastic with all kitties.

The only downside to Nacho is his voice, as he can be yappy if someone knocks on the door, however, he is getting better and realising not everyone is a threat! He also barks a lot at strange dogs when out on walks, so we try to associate other dogs with food and he thinks this is great!

Nacho is a great little boy, and loves snoozing on the sofa with us in the evening (after a good game of course!). He understands the phrase “Where’s your toy?” and will run off to find the nearest toy and bring it back for a game. He loves to play fetch, although doesn’t always want to give the toy back. Nacho makes me smile every day, and I hope we have many more years together. 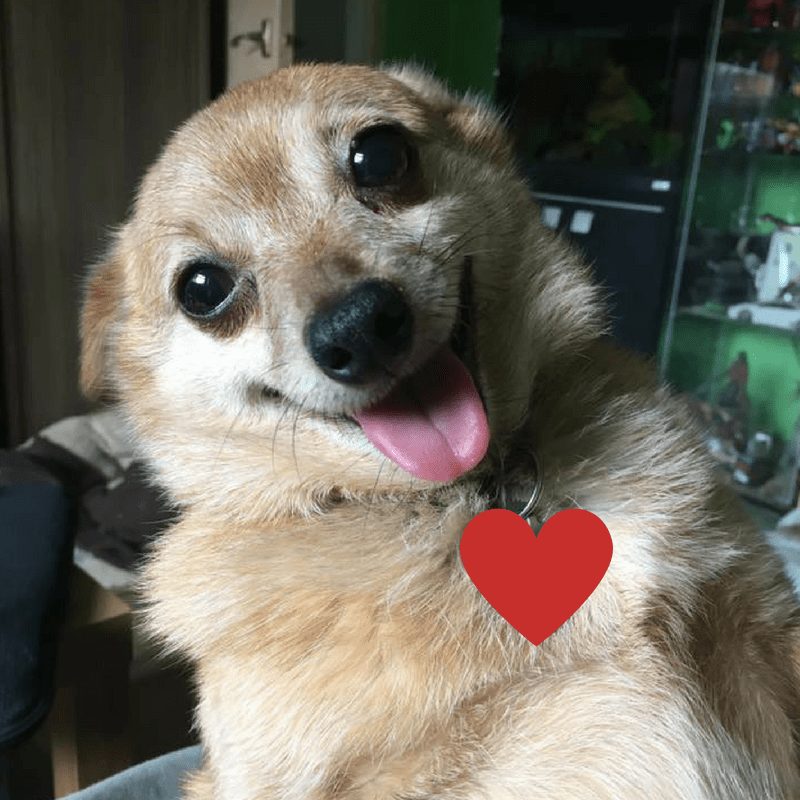 Have you got a dog? Show me a photo in the comments below!

If you have an older dog, read this blog on how to care for them as they grow older.