Moving home with lizards and tortoises is a bit more challenging than moving with dogs and cats, as these reptiles have very specific requirements. This blog will help ease moving day stress for your scaley friends.

Most lizards need heating, so care must be taken when moving to ensure they do not get cold as this can be fatal to them. Our lizards were left in their tanks for as long as possible and only moved out at the last minute; we instructed the removal company to put their cages on last and unload them first so they spent minimal time in their carriers.

They each had a plastic carrier with some newspaper in to keep them warm and were then covered with a blanket to keep it dark for them. I put some foliage in Dobby’s tank (my crested gecko) because he is very shy and being able to hang on to something helps to keep them calm. 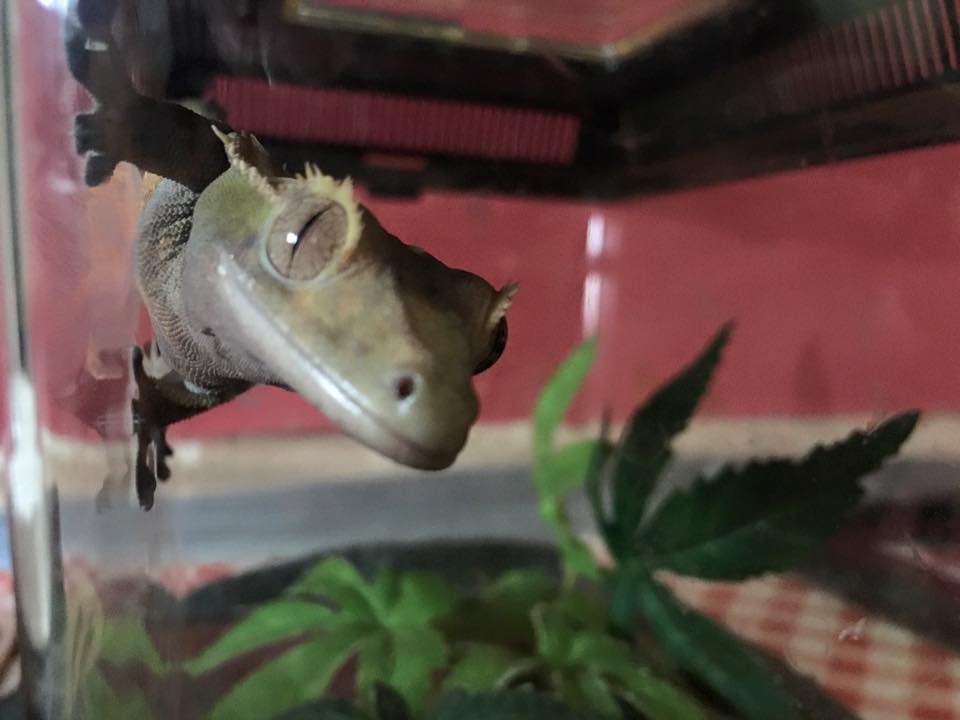 If you are moving a long way away, you may want to give them a heat pad or hot water bottle, but as we weren’t moving far, we didn’t need to. Don’t put a hot water bottle in the carrier, as sharp nails could pierce the plastic but instead, place the hot water bottle on one side. If you are using this method, you might want to have a digital thermometer or a temperature gun to make sure they aren’t getting too hot. it’s also worth noting your animal should be able to get away from the heat source if needed.

Mediterranean tortoises are a little easier than lizards to move as most are used to going in the garden and being out of their cage from time to time. Darwin the tortoise was placed in a plastic carrier with newspaper and covered over with a blanket.  Some keepers suggest putting soil in the carrier to allow the tortoise to burrow, but as my little guy isn’t much of a digger, I just opted for some paper. 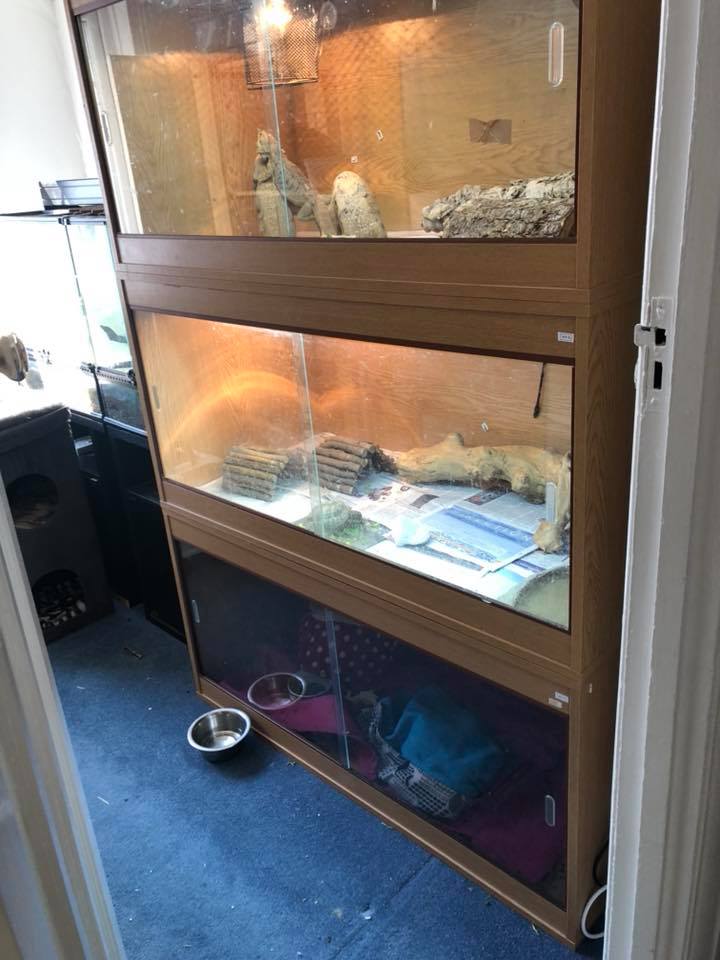 The tanks were lifted off the stack one by one, and the glass doors were taken out wrapped in bubble wrap. The lighting and heating equipment was unplugged and bagged separately so it didn’t get mixed up.

When we were at the new house, the vivariums were stacked and set up, but I waited until I was sure all the electrics were working correctly before I moved the inhabitants back in. Remember, stat dials can easily be knocked and turned during the move and you need to be sure they are set to the correct temperature and fully functioning before reintroducing your animals. Try and set up the cage exactly how it was before as familiar surroundings will help your animals settle in much faster.

Moving isn’t fun, but our animals didn’t take too long to adjust to their new surroundings. Make sure you plan how to move your pets and if there are any special requirements needed. We even made a spreadsheet to work out which animal would go in which carrier, and what order we would set their cages up. This is a good idea if you have lots of pets like us!

Moving with amphibians? Check this out!

4 thoughts on “Moving Home With Lizards”