It happens to most of us at some point. You’ve viewed loads of houses, you’ve fallen in love with one, your offer has been accepted, but then the excitement wears off and the reality of moving hits you. You have so much stuff to pack! And what about the animals? Well, I can’t help you pack, but I can help you plan how to move those pets! We recently moved our fish tanks, African clawed frogs and axolotl and with the help of this blog, you will feel prepared and ready to move.

Plan, plan and plan some more! Firstly, finding a good removal company that understands your needs is key. If you have exotic animals, make sure the removal company are confident at moving fragile enclosures and stress the importance that the animals’ habitats must be loaded on the van last and taken off first to minimise their time in transit. Keep in mind that most removal companies won’t touch your animals, so you will need to make sure your pets are out the habitat and that it is emptied as much as possible before they can be moved.

Buy your supplies with lots of time to spare! The worst thing would be finding out you need something on the day because you won’t have time to go to the shops. For moving fish, aquatic frogs and axolotls you will need;

Moving fishtanks can be tricky.  We bought fish bags to put them in, but we also got enough plastic tubs to sit the bags in for extra safety. This method was used to move our goldfish, African Clawed Frogs and an axolotl. As the tanks took a while to drain (plus we had three tanks so that’s three times the work), we started emptying the tanks as soon as we got up that morning using a siphon. The water in the tanks was used to fill the bags up with to acclimatise the animals to the water. Then, we gently fished the fish out with a soft net and caught the axolotl and frogs in a measuring jug as nets can damage their fragile skin. These bags were closed quickly to catch the air and tied them shut with rubber bands. Each animal was then placed in a box with their name on, so we could easily tell who was who. 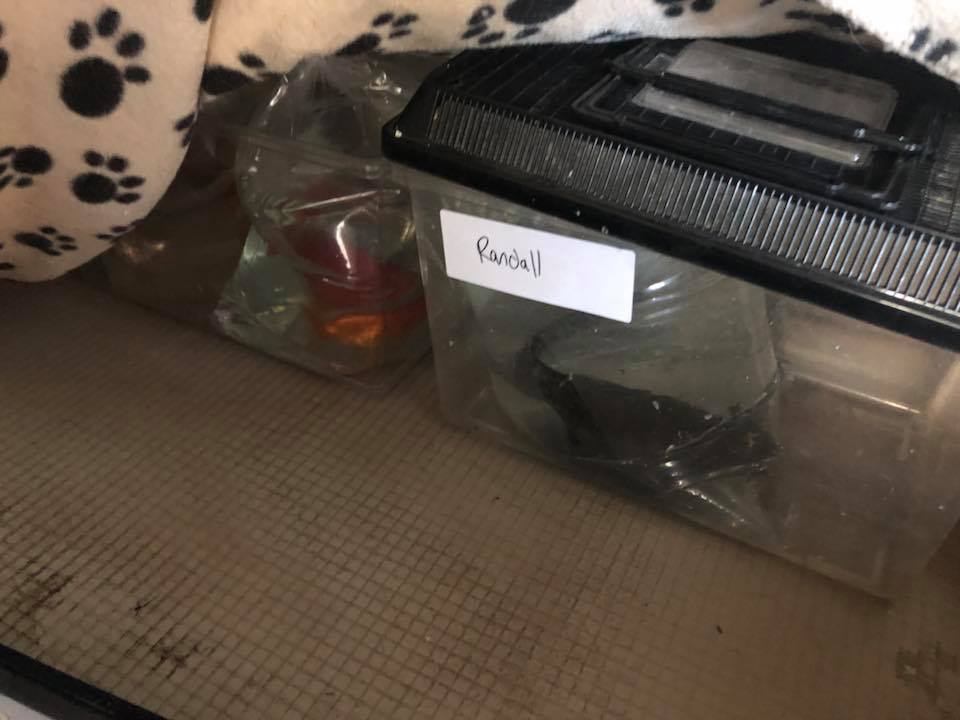 The tanks were completely emptied and wrapped in bubble wrap by the removal company and left the sand in the tank, but removed all ornaments and hides, as well as the pump. When we got to the other end, the tanks were put in place and we began to set them up as fast as possible We didn’t clean the pumps to allow the good bacteria to enter the water, and used a water conditioner to remove the chlorine from the water. We then floated the bags with the animals in for 20 minutes, and slowly added water from the tank into the bag to allow them to slowly get used to the water over the period of a few hours, before releasing them into their tanks.

The tanks looked murky for a day or so, as the sand needed time to settle. On the day of the move and the day after, we didn’t feed the animals, just to allow them a bit of time to get used to everything. None of the animals seemed particularly unhappy and soon settled into their new environment. 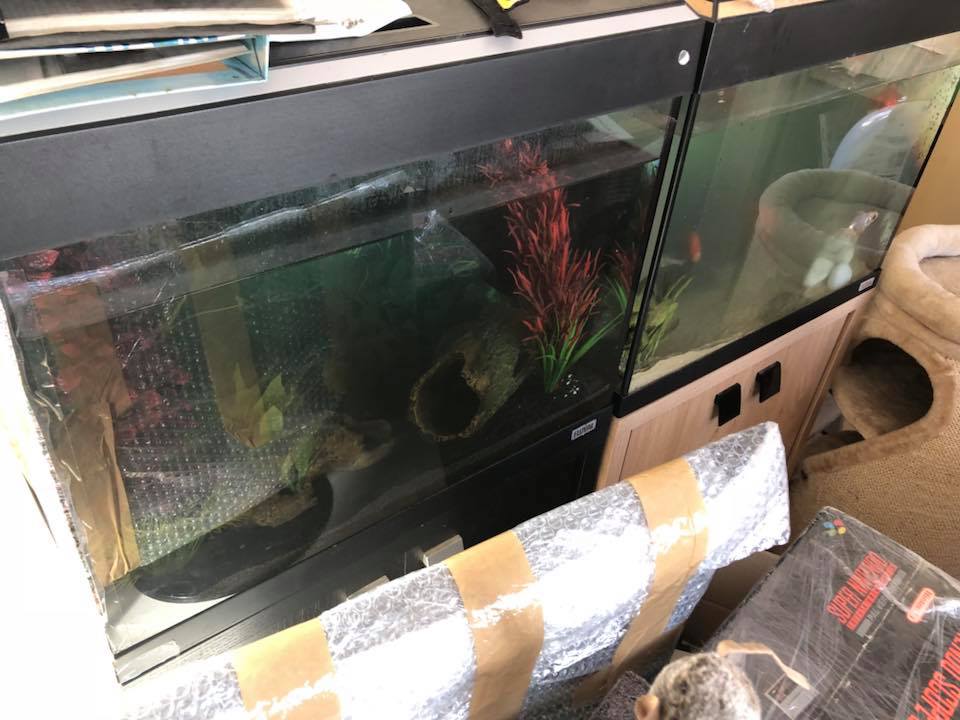 Moving with other animals? Read this blog to find out how!