Pet shops have been around for such a long time, you would be hard pushed to find a high street without one. Most pet shops sell animals, however, there are a few that don’t and the latter are the ones who should be applauded as responsible pet shops sell products and not pets. Selling animals in pet shops is outdated and treats animals as if they are fashion accessories. Too many pets are purchased on impulse, leading to rescues becoming crowded. Here are some reasons why pet shops that sell animals are problematic.

Because you can walk into any pet shop and walk out with an animal, more people are likely to get an animal for the wrong reason. I have been told many times that I ask too many questions when people apply to adopt, but this is only because I want to make sure the person adopting is 100% sure they want the animal, and that they are aware of the care, time and costs involved in taking on an animal. Animals are handed in to rescue for many reasons, and buying them on impulse is a common reason.

I deal with rabbits more than any other species, and a lot of people come to me as they have bought a single rabbit from a pet shop and it’s not until a few months later, they have realised that rabbits need the companionship of their own kind. Most rescues rely on donations to run, and if rescues aren’t supported they will have no option but to close their doors.

It gives a false impression of rescue

A very large, well-known pet shop has an ‘adoption section’ which people wrongly assume they are rescuing an animal. Many of the animals in the adoption section are unsold stock, and by buying that animal you are contributing to the problem. Sometimes the animals in adoption sectioned are labelled wrongly, saying things such as “I need to live on my own as I don’t like other rats”, where in reality, that rat could be neutered and bonded with other rats. All sociable animals should have company, and it’s rare for a sociable animal not to get along with any other. They could just need the right match.

You are helping the pet shop make money

I have heard it so many times “He looked sad/I felt sorry for him so I bought him”. I know animals are cute and it’s human nature to want to take them home, however, if you buy an animal from a pet shop, you are emptying a cage and it will be filled with another animal. If you are concerned about the welfare of the animals in a pet shop, you need to contact the relevant council who controls if the pet shop’s license. If you spend money in a pet shop that sells animals, you are part of the problem. The best advice is to stay away from pet shops that sell animals.

Being sold in a shop is stressful

Animals are usually kept in overcrowded cages, with lots of people looking in and tapping on the glass. A shop isn’t the right environment for any animal, especially a baby animal. Animals need space, toys and quiet time, which is far from the reality of a pet shop. Small cages can give the wrong impression of how much space the animal needs, and it could be argued that because the pet shop is keeping hamsters in a small cage whilst they wait to be sold, the new owner doesn’t need to buy a cage that is much bigger.

The animals are farmed

Whilst some pet shops source their animals from local breeders, a majority get them from rodent farms. This is where the animals are kept in small cages and are bred continually. The babies are travelled all over the country where they are put on display or in the back room until they are able to be sold. What you aren’t told is how many of the babies arrive at the store covered in urine and faeces, highly stressed and some are even unwell or die soon after arriving. Most tropical fish sold in stores are wild caught and again, many die in transit or in store.

Most of the animals that come into rescue were originally bought from a pet shop. Many of the people who buy animals haven’t done proper research and have got the animal on a whim. Animals from pet shops fill rescues and contribute to the huge number of animals in rescue. Some animals are even ‘set free’ in woods and parks.

Another common issue is animals are sold pregnant or as incorrectly sexed pairs. Some pet shops say they cannot guarantee the sex (not sure why as it’s not that hard to tell the difference), but because the gender cannot be guaranteed by all pet shop workers, some animals are pregnant or male and females are sold together. This, of course, leads to lots of babies and numbers can double if the owners cannot sex the babies, or split them up soon enough. It also raises the question of what to do with the babies, and many relinquish the young into rescues. 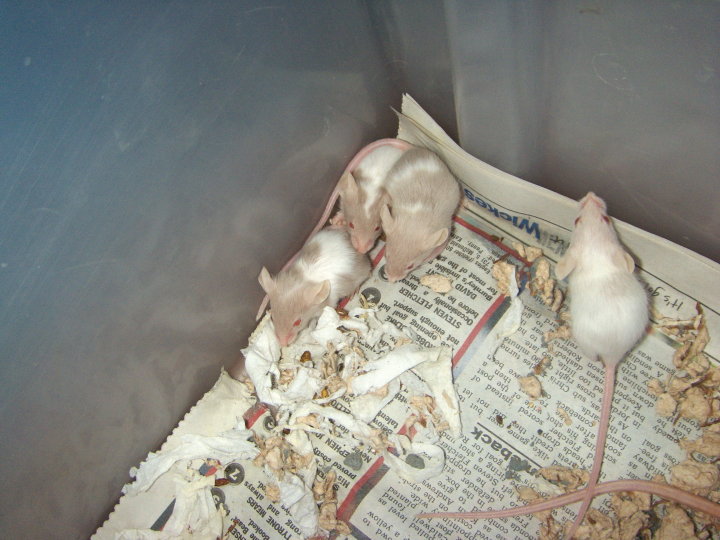 If you shop in pet shops that sell animals, even if you don’t buy an animal in there, you are still giving the shop money and supporting the pet trade. There are lots of stores online that sell pet products, such as Amazon – look at their huge range! Also, there are pet shops that sell animal food and bedding, just not live animals. If you want to get an animal, there are hundreds, if not thousands sitting in rescue centres up and down the country. Please don’t support the pet trade whilst rescues are bursting at the seams.

Find out why purchasing an animal on impulse is a bad idea.