As an animal lover, it’s hard to see cruelty to animals, but sadly, it is happening all over the world. The death of Tilikum, the orca at Seaworld, has filled my news feed over the past few days and I can’t help but feel this all could have been avoided. Tilikum killed three people in captivity, however, there aren’t any reports of orcas killing people in the wild and aggression between members of a pod are almost non-existent. Orca do not belong in captivity and do not exist for our entertainment.

Tilikum’s death really upset me, and although I have never been a fan of SeaWorld, seeing the documentary Blackfish opened my eyes even more, as it did to the other people who have seen it, which can be seen in the decline of visitor attendance to SeaWorld. My husband and I love Florida and went last year to go to Disney and Universal Studios. We stayed on International Drive and it was really clear that there was a huge lack of advertising for SeaWorld, when compared to the other parks – even LEGOland had more publicity than SeaWorld, which was practically on our doorstep. We went past SeaWorld every day on our way to Disney, and there was hardly a queue to enter. Meanwhile, staff from SeaWorld were handing out leaflets whilst we waited at the bus stop and asked us to come in, although we obviously declined. People’s views are changing on these animals being kept in captivity. Tilikum was the star of the Blackfish documentary, where he was taken from the wild and forced to perform. 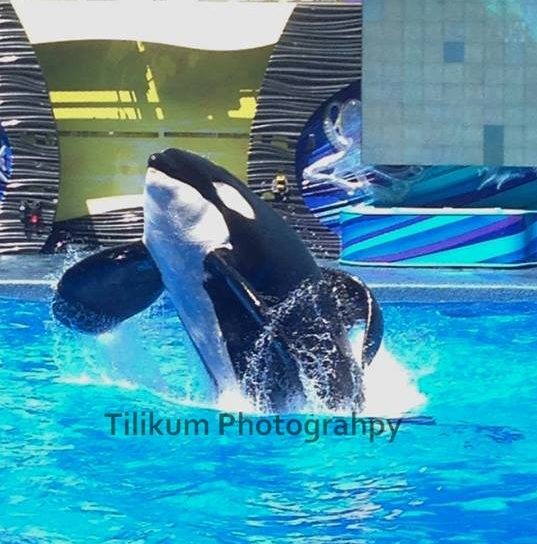 In Iceland in 1983, Tilikum, who was just a baby at the time (between a year and two years of age) was taken from his family pod in the wild. For almost a year, Tilikum was kept in a holding tank at Hafnarfjörður Marine Zoo, near Reykjavík, Iceland, until he could be transferred to a marine park. At this time, he should have been with his family, in the wild experiencing social bonding in the expansive ocean with his family members but instead, he was imprisoned in a concrete pool, deprived of the life he once knew. He spent his time swimming in circles, or floating, with the only noises he could hear were machinery.

Tilikum was transferred to Sealand of the Pacific, on Vancouver Island, British Columbia in 1984 where he was kept with two female orcas, Nootka and Haida. They bullied Tilikum, causing him injuries by tooth raking him (a behaviour where orcas drag their teeth along another’s body). If Tilikum didn’t perform a trick correctly, food was withheld from all three orcas, causing tension. When the routines were mastered, they had to perform in shows every hour for eight hours a day, every day of the week. As the owner of Sealand was worried someone would cut the nets in the night and free the orcas, they were moved when the park closed. For 14 hours from when the park closed, overnight until it opened again, Tilikum, who was 20ft long and the other two killer whales, were locked in a small pool measuring 31ft long x 23ft wide x 12ft deep. They would get injured from tooth raking, and from scraping on the sides of the tank. Sealand didn’t have the best reputation, and the performance pool was created by dropping weighted nets into the water, meaning the orcas were susceptible to the sewage pumped in by boaters. It also meant that the sounds of the ocean were masked by boats and artificial background noise. Seven orcas had died in Sealand’s care, with the average lifespan being three and a half years of age. The whales were bored with doing the same thing every day, and should anything fall in the pool, it would cause great excitement as they played with the object and would not let the trainers have it. Most marine parks desensitise the animals to things entering the pool in order to get killer whales used to humans swimming with them. They start by getting them to ignore a rubber boot in the pool, then a foot, then more of the person, however, Sealand were not willing to take the risk, which meant should anyone slip near the pool, the outcome, as it was seen, would be deadly.

Sealand closed for good after Keltie Byrne was killed by the orcas on 20th February 1991. She was the first trainer to have ever been killed by orcas and died when she slipped near the pool, and her foot was grabbed by the three whales and she was pulled into the tank. Although she was a competitive swimmer, she didn’t stand a chance against the orcas who treated her like a toy, by throwing her around and taking her under the water. All the orcas ignored the commands of the other trainers as they were over stimulated, and when the trainers threw a life ring to her, the orcas kept her away from it. She managed to surface twice, screaming when she found herself above water. After ten minutes, she surfaced again but by this point, she had fatally drowned. It took employees two hours to retrieve Byrne’s body from the orcas.

On the 9th January, 1992, Tilikum was sold to SeaWorld, Orlando. Unhappy and stressed, Tilikum would chew on metal gates, damaging his teeth. Like his previous home, Tilikum was picked on by other aggressive females and as he had no way of escaping, he sustained injuries. Tilikum was used in SeaWorld’s orca shows and would splash guests during the performance. Even though SeaWorld knew he had been involved with a death of a trainer, he was used as a breeding bull and sired 54% of SeaWorld’s captive bred orcas even though it was feared that his aggressive traits could be hereditary. 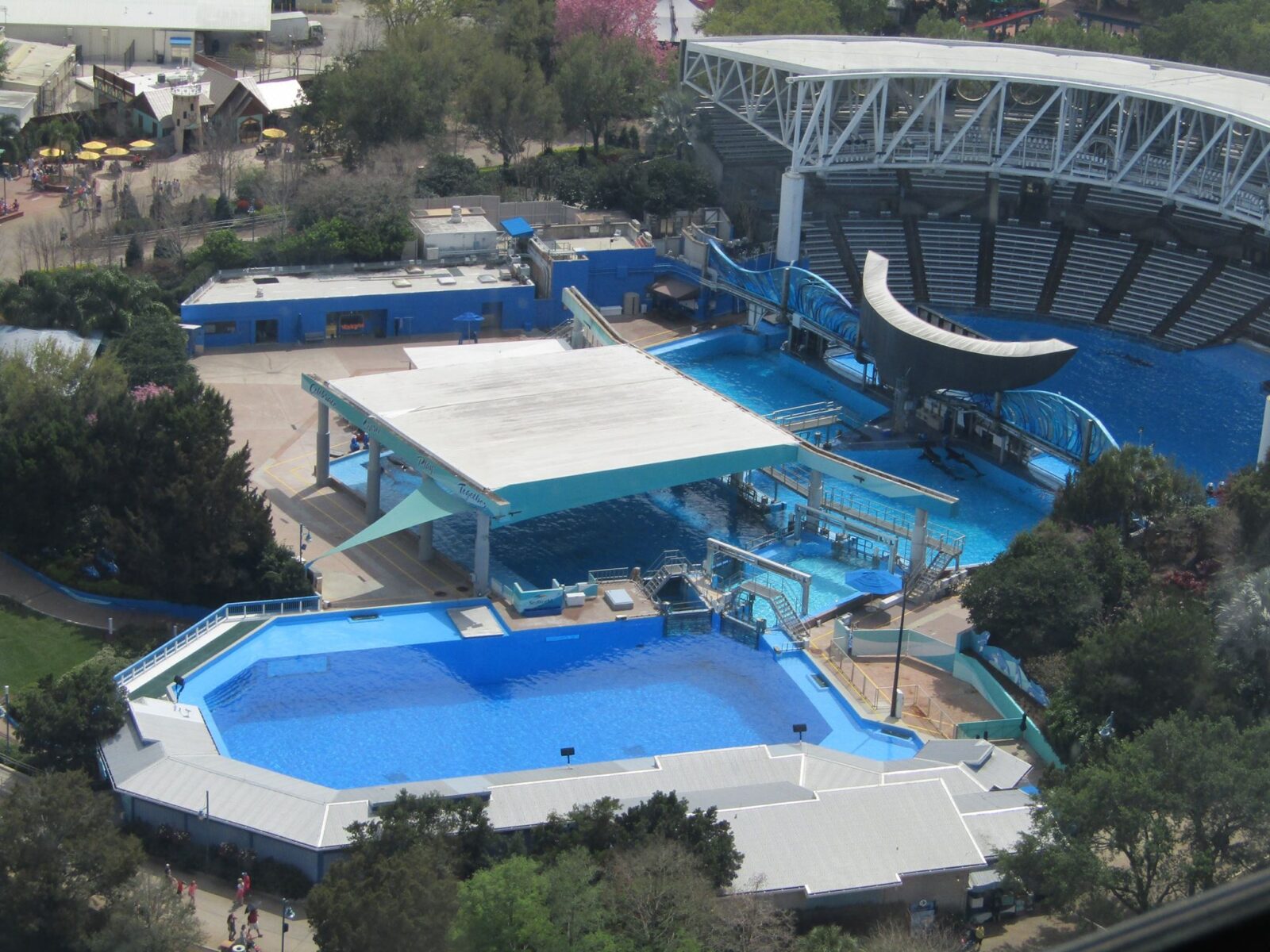 Tilikum went on to kill two more times. The first was on 5th July 1999, when Daniel Dukes trespassed into SeaWorld and was discovered draped across Tilikum’s back. Perhaps the most well know death was that of Dawn Brancheau, who was a trainer that died on the 24th February 2010, when she was laying down by the pool in a ‘relationship session’ and her long hair (reportedly grown to donate to a cancer wig-making charity) was flowing in the water. Tilikum grabbed her hair, she pulled back, and he yanked her into the pool. Trainers signalled again and again for him to let go, but he ignored all commands. He slammed into her, grabbed her, and pushed her around like a play thing. Eventually, he was guided onto the medical lift where he refused to let go of her, and trainers had to pry his mouth open. When they pulled her free, sadly she was already dead.

Let’s not forget that Tilikum hadn’t been desensitised to people entering the pool, and even though SeaWorld employees wanted to do this in case someone was to fall in the pool, they were overruled. Had this desensitisation happened, perhaps these people wouldn’t have died, but we will never know. After this tragedy, Tilikum was kept in a small tank which limited his contact with trainers and other whales. He used to get rubdowns and close contact, however, he was hosed down instead of being hand massaged and his teeth were cleaned with a long pole to limit contact. He was reportedly seen floating listlessly in the water for hours on end, which is a behaviour that isn’t seen at all in wild orcas. A year later, he was put back into performing in SeaWorld’s shows. 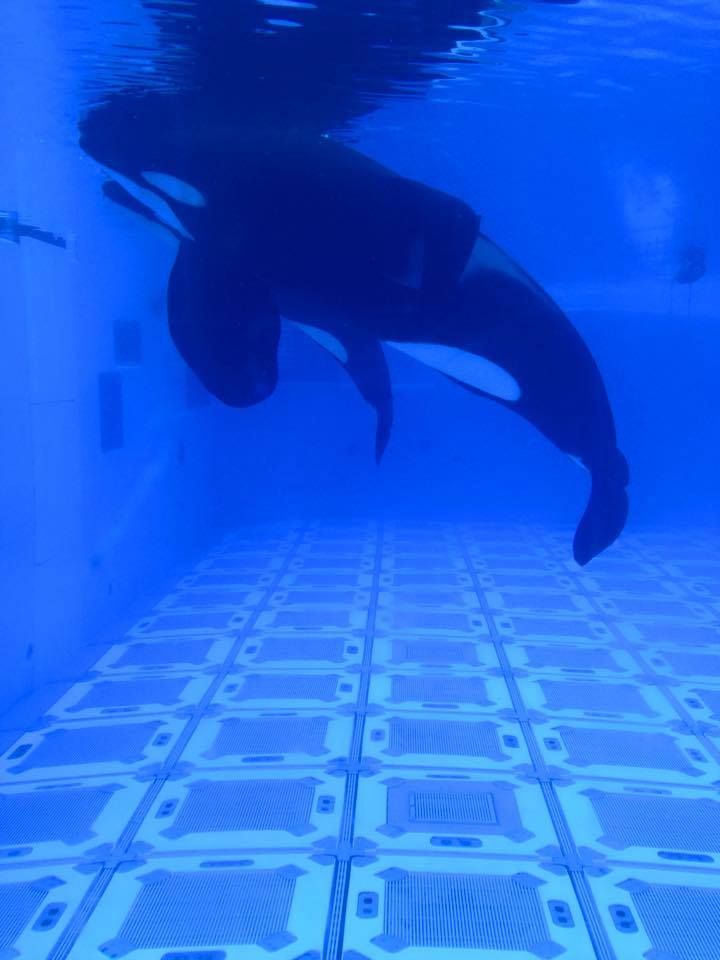 Brancheau’s death was heavily publicised, and in August 2010 the United States Department of Labor, Occupational Safety and Health Administration (OSHA) issued citations to SeaWorld and this included fines of $75,000 for violating three safety violations. OSHA’s regional administrator in Atlanta, GA, Cindy Coe, said “SeaWorld recognised the inherent risk of allowing trainers to interact with potentially dangerous animals. Nonetheless, it required its employees to work within the pool walls, on ledges and on shelves where they were subject to dangerous behaviour by the animals.”

It wasn’t only Tilikum who had become aggressive due to the stress caused by living in a captive environment, and SeaWorld held records which contact 600 pages of incident reports that document unanticipated and dangerous orca behaviours with trainers. This consists of over 100 separate incidents where orcas have rammed, bitten, pinned, pulled, rammed and swam aggressively with trainers at SeaWorld, resulting in injuries to humans and even near death encounters. Kasatka dragged trainer, Ken Peters down underwater over and over again, shaking him before letting him go. Although Peter’s needed surgery, it could have easily been another death caused by an orca.

Due to extreme public pressure, SeaWorld made a statement in March 2016, announcing they are ending all orca breeding programmes. Whilst this is a success, they refuse to allow the current orca’s to return to the wild or live their lives out in sea pens. President and CEO of SeaWorld, Joel Manby stated that the whales would stay in captivity as allowing them to be free in the wild was “not a wise option.” He went on to say that “Most of our orcas were born at SeaWorld, and those that were born in the wild have been in our parks for the majority of their lives. “If we release them into the ocean, they will likely die.” However, Tilikum spent his remaining days in an unnatural concrete pen, with the loud noises linked to any theme park, in an area that was far too small for an animal of his size. He was taken from the wild, proved to us that captivity wasn’t the correct place for a wild animal, and never got to be free again. Tilikum’s death shook many and all we can hope is SeaWorld change their mind and allow the remaining orcas to live the rest of their life in sea pens. Please vote with your feet, and don’t visit places that treat animals like circus animals. Share this article with your friends and family and let’s keep the pressure on. The world is watching SeaWorld. Do the right thing.

Photos are not my own and with thanks to Tilikum Photography who have given me permission to use them.