Although it may feel relaxing and seem harmless to watch a large number of balloons floating away against the sky, what goes up must come down – So what are the dangers of releasing balloons?

Why do people do it?

There are lots of reasons people release balloons;

Although the sentiment is a nice idea, a symbolism of letting go, or setting something free, in reality, these balloons are basically floating litter which have huge negative effects on the environment. If people were more aware of the damage these seemingly harmless balloons cause, they may think twice about what they are doing.

Beach litter surveys carried out by the Marine Conservation Society Beachwatch project have shown that over the last ten years, the number of balloons found on UK beaches every year has tripled since 1996, proving more and more people are taking part in this. This data doesn’t include all the other balloon and balloon pieces that are on other beaches worldwide, or out at sea. To give you a better perspective on the issue, the results of the US Ocean Conservancy’s International Coastal Cleanup 2004 documented 63,000 balloons have been collected on surveyed beaches worldwide

Balloons are usually made of latex, which can take years to break down. This means they are left in the environment for a long time and give ample opportunities for animals to interact with them. Some are falsely labelled as ‘biodegradable’ and contain harmful chemicals. The ribbons and strings are also dangerous, causing strangulation to animals. If a bird was to get entangled in the string, it would prevent them from flying or cause them to become tethered. Birds have been known to take balloons back to their nests to use as nesting material, endangering both the chicks and adults.

Aquatic animals can get tangled around their fins and flippers, cutting into the skin and leading to infections, amputations and even drowning.

Studies have shown that balloons in the ocean take longer to deteriorate than those on land, and can retain their elasticity after a year.  This means balloons that have been eaten by animals can stay in the gut for a long time, long enough to cause starvation. Foil balloons have been reported to cause power outages and have even started fires when they come into contact with electrical equipment.

They can travel a long way

Balloons can get swept away by the wind, travelling many miles and 70% end up in the sea, endangering sea life. Sea turtles and other sea animals have been known to confuse deflated balloons with jellyfish, eating them and causing internal blockages and damage, ultimately resulting in death. Birds and dolphins, curious by nature, have been known to be attracted by the bright colours of the balloons and have accidentally ingested them.

It’s not just aquatic creatures that are at risk, as larger animals, such as horses, cows and sheep can confuse the balloons for something edible and again, can block the digestive tract, causing a slow and painful death. They can also get tangled with the balloon.

Helium is an important element and is crucial in science for MRIs and ventilators, as well as assisting us with sea and space travel. Scientists have warned that helium should be conserved as it is non-renewable and should be conserved for more important applications. If an air-filled balloon was released, it would be easy to retrieve, but a helium-filled one could quickly become impossible to get back.

Is it illegal to release balloons?

The Environmental Protection Act (EPA) 1990 states that it is an offence to drop “or otherwise deposit” litter in a public place and you could be fined up to £25,000, but releasing balloons is not currently defined as litter. 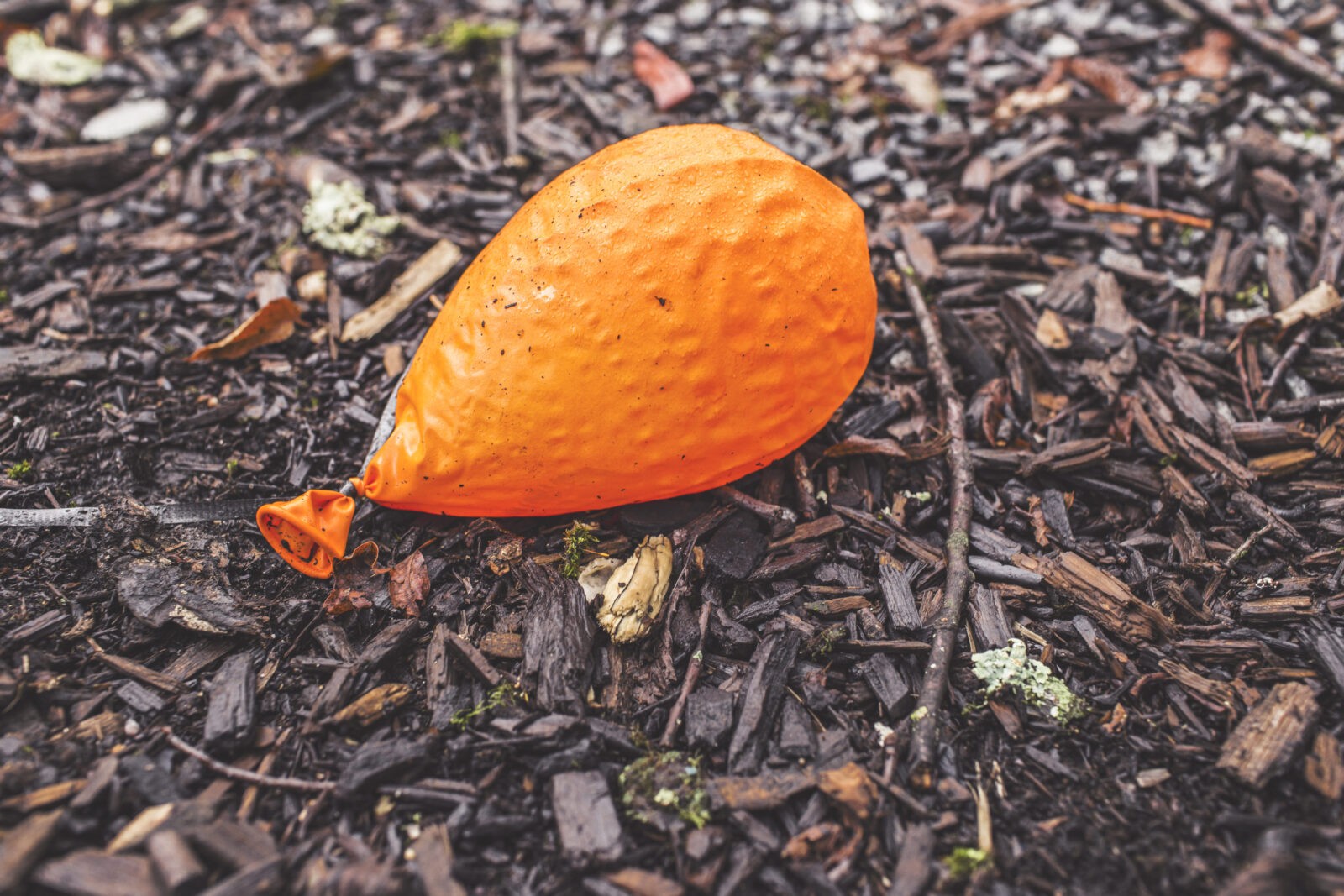 Not all alternatives are safe

Several options have become quite popular, however, they can be just as dangerous. Sky lanterns or Chinese paper lanterns are not environmentally friendly and just like balloons, should not be let go. In essence, they are candles wrapped in a bamboo frame and covered in paper.

Another alternative is to release butterflies, but this isn’t a good idea either. This is because the butterflies may not be native and this could mean there isn’t the right food source for them as some insects rely on certain plants to survive. Even if they are native, releasing them in the wrong season is a death sentence, due to the incorrect temperature or food sources available. Captive-reared butterflies can harbour diseases as they are raised in an unnatural environment, and this will spread disease to the wild population resulting in death. Not only will this harm the butterflies as individuals, but it also interferes with scientific research as wild populations are monitored. Introducing captive-bred butterflies gives false data on how the wild population are doing in number, as well as location and migration patterns.

If the captive-bred butterflies did survive, they would breed with the wild population which could result in disaster for the offspring. This is because the captive-bred individuals will decrease the fitness level of the wild population and introduce genes that are not suited to survival in the wild. Butterflies are living creatures and should not be treated like toys.

Guidelines for wildlife-friendly balloon use

The Marine Conservation Society has offered these guidelines to allow you to enjoy balloons without harming wildlife; Alternatives that are safe

There are other alternatives to releasing balloons that do not harm animals or the environment;

Environmentally safe ways to have balloons at functions

If you would like to learn more, please look at www.BalloonsBlow.org and remember, “balloons blow, don’t let them go!”

Don’t forget to flea and worm your dogs and cats! Read more here.